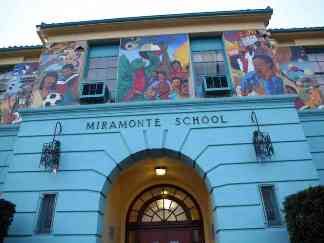 In some respects, it’s now easier to fire teachers in California. In others, it’s more complicated.

In the wake of the Miramonte Elementary School sex abuse scandal, where a Los Angeles teacher’s conviction[2] on 23 felony counts of molestation and lewd conduct led to some $30 million in damages paid to his victims, Assemblywoman Joan Buchanan, D-Alamo, introduced AB 375[3]. But that bill was marred by last-minute amendments and dogged criticism. School administrators and others insisted[4] that AB 375 underprotected students and unduly complicated the firing process, creating the potential for even greater abuses.

Under strong pressure, AB 375 was vetoed[5] by Gov. Brown in late 2013. In a brief statement, Brown admonished[6] legislators for the bill’s strict limitation of depositions and its bar on amending charges, even in light of new evidence.

Efforts at reform continued:  State Sen. Alex Padilla, D-Van Nuys, introduced[7] SB 1530. That bill would have taken firing authority away from the three-person Commission on Professional Competence and placed it in the hands of local school boards. School districts would also have been permitted to place teachers on unpaid suspension merely if suspected of serious misconduct. Plus, the bill would have scrapped California’s controversial 45-day notice for teachers facing disciplinary action; critics pointed out that the lengthy period created the opportunity for abusive teachers to remain in the classroom.

The California Teachers Association sunk that piece of legislation, even though it passed[8] the state Senate by a lopsided bipartisan majority of 33-4.

Meanwhile, Buchanan herself was undeterred. She returned this year with AB 215, which quickly gained more favorable attention from organizations and interests that had successfully dispatched her prior effort.

The California School Boards Association, for instance, considered supporting the new bill, despite helping sink AB 375. Notably, however, CSBA stopped short of a full endorsement, opting to “support if amended.” In a detailed release, CSBA itemized[9] its concerns: AB 215 did not define “egregious misconduct” so as to include embezzlement, fraud, or lawful but inappropriate conduct; additionally, the bill did not allow any exceptions for its seven-hour limit on depositions; and, finally, it permitted teachers to challenge their immediate suspension pending dismissal.

As others observed[10], AB 215 created an arbitrary set of offenses which triggered swifter dismissal — and another set that didn’t. Teachers involved in drugs, abuse, or neglect were targeted, but not teachers who committed aggravated assault or armed robbery. 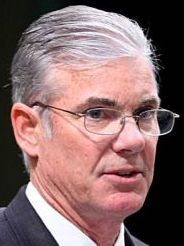 Other key players in state education immediately began to respond to the new law, however, state Superintendent of Public Instruction Tom Torlakson — the beneficiary of union support in his bid for a new term this year and in his initial 2010 bid — released[12] a prepared statement that portrayed his support for AB 215 as part of a broad consensus among education advocates.

Opponents of the bill, however, remain convinced that the new law’s advantages are outweighed in some respects by its disadvantages. “In short,” editorialized[13] the San Jose Mercury News, “the bill starts to extend criminal due process protections to teacher employment cases, even though courts have previously correctly said that the same standards should not apply. In a court of law, for example, a criminal defendant can remain silent. But in the workplace, and in discipline cases, a worker is expected to explain his or her actions.”

Nevertheless, strong bipartisan support exists for the law. Assemblywoman Kristen Olsen, R-Modesto, described[14] AB 215 as an imperfect but “balanced proposal” that secured “a win-win for students, parents, for teachers, for schools.” Opponents may find their time best spent pursuing reform along other lines, especially in the wake of the Vergara decision that ensured students a constitutional right to adequate teaching.