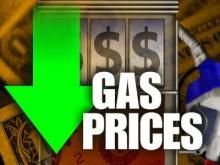 In the 41 years since the OPEC cartel begin throwing its weight around, U.S. consumers have gotten used to fluctuations in the price of gasoline. The dynamics have gotten pretty stable in recent decades as OPEC has deradicalized. In the summer, the price goes up because demand increases. And when there are wars or unrest or conflict of some kind in major oil-producing nations, the price goes up.

But this summer, we’re seeing something freaky. Prices are going down, even with unrest in many oil-producing nations and rising tensions throughout the Middle East. The Christian Science Monitor has the details[1]:

The average US gas price is now $3.52 per gallon, according to a Thursday report released by automotive group AAA, making current prices the lowest since March of this year. This July, US consumers saw a bigger drop in gas prices than in any July over the last six years. The price at the pump fell every day but one over the course of the month, according to AAA. Gas prices generally rise in the summer months, as Americans hit the road and drive up demand for gas. The federal government also mandates that refineries produce a more costly, lower-emission blend of gas in the summer – and those increased costs are passed onto motorists. …

Though forecasters expected that expanded domestic oil production would translate into good prices for consumers, they couldn’t have predicted prices quite this low.

Gas prices have averaged going up 16 cents in July in the U.S. This July, they went down 16 cents.

The fracking revolution is real. The 21st century was supposed to be when green-energy sources took over from fossil fuels. But instead, fossil fuels are having a renaissance, almost entirely based in the U.S.

It’s why the U.S. is now the world’s leading producer of both oil and natural gas. It’s why a nation that used to consider energy independence a major foreign-policy goal could soon be on the brink of becoming a major exporter of oil and natural gas. And it’s why we see freaky things like plunging gasoline prices in the summer in a world of rising unrest and discord.

California could join in this Texas- and North Dakota-led revolution. Occidental Petroleum believes[2] the state has more recoverable oil than Texas and North Dakota combined.

But so long as the green religionists control so much of state government, the Golden State is likely to stay on the sidelines — and only enjoy the indirect benefits of fracking: lower gas prices. Not the direct benefits of well-paying jobs and a revenue gusher.