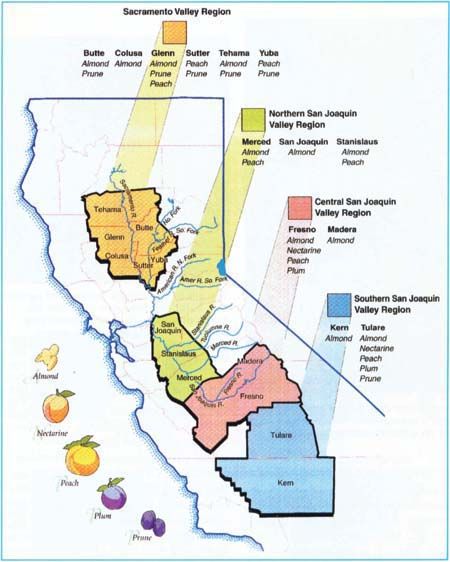 California rice farmers are shifting[1] to growing higher-priced almonds, whose acreage jumped by more than 50 percent last year, to offset the high price of water during the drought. But there will be many unforeseen consequences, especially as rice harvests decline.

Although the data are not in yet, the shift to almonds could be so lucrative it could bring a possible increase in overall farm water usage.

Ironically, for years, environmentalists have criticized rice as using too much water. As recently as May, Guy Saperstein, former president of the Sierra Club Foundation, attacked[2] “water-­intensive crops like rice, which requires the flooding of fields, and cotton. … Shouldn’t water-­hogging crops like cotton and rice be grown in the southeast United States, which has abundant water?”

Other crops are affected. According to Bloomberg[3], acreage for corn dropped 34 percent from last year, wheat 53 percent and cotton 60 percent.

It’s worth examining some recent statements on water to see what’s actually going on.

The Modesto Bee[5] ran an article detailing how the expansion of almond orchards in Stanislaus County would consume enough water for 480,000 people, or enough for the city of Fresno.

That showed how it’s not commonly understood that agricultural groundwater can’t easily be shifted to cities. There isn’t any water infrastructure or wells to put groundwater in eastern Stanislaus County[6] into rivers or canals for statewide municipal use or fish runs.

Then there’s the advocacy, such as by water economist David Zetland, to impose higher farm water rates[7] to cut usage. However, in calculating what crops to grow, farmers don’t use the cost of water alone, but the net crop revenues per acre-foot of water.  That explains why farmers are switching from rice to almonds.

According to accepted economic theory, higher water rates should have increased the amount of water available and water conservation. But state water policy has prevented that from happening. Instead, as the old saying has it, in California water ” runs uphill toward money.”

Zetland calls for water markets similar to oil markets. But that would be difficult to achieve, especially because oil markets are global, but water markets mostly local. And would ratepayers put up with the quadrupling of prices oil has seen the past 15 years?

Likewise, there is a mad rush by legislators to regulate agricultural groundwater in California[8] for the first time.  But what good would it accomplish if that groundwater can’t be conveyed to other farmers or to cities without, say, $100 billion in new water infrastructure investments?

Agricultural water regulation is putting the cart before the horse. First understood must be how shifting water and crop markets affect groundwater. The Spring Ag Outlook[9] by the California Chapter of the American Society of Farm Managers and Rural Appraisers found that farm markets are not necessarily being driven by groundwater grabs at everyone else’s expense.

Rather, these markets are being driven by the weakness of the dollar, the nutritional value of nut products, new product lines and uses (almond milk, almond food bars, etc.), limited growing areas worldwide, rising incomes in Asia, and untapped groundwater supplies in remote areas mostly unconnected to California’s water system.

As quoted in Bloomberg, Carolee Krieger of the California Water Impact Network claimed almonds use enough water to supply 75 percent of the state’s population, with much of the crop exported overseas. “Farmers should be profitable, but it can’t come at the expense of urban ratepayers,” she said.

But she overlooked something else that has happened. California once stored three to five years of water for use in droughts. Instead of that, in recent years it has shifted to a system where farmers with “junior water rights” have to fallow their fields and halt their livelihoods, while still paying their debts and other expenses.

In other words, farmers fallow their fields so cities and wildlife refuges and river fish runs can have enough water in a drought.

Water remains California’s most complicated policy area. But it must be understood, not oversimplified, for wise policies to be adopted.