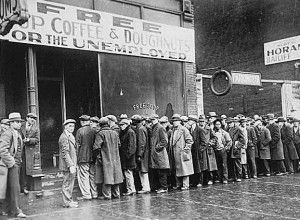 “California’s back!” is Gov. Jerry Brown’s re-election slogan. Certainly, in some areas, such as Silicon Valley, where the Great Recession hardly hurt.

But in much of the rest of the state, stagnation still is the order of the day. That’s better than when Brown took over four years ago, so he has that going for him. But it’s still not the robust recovery the state needs.

Job growth in Los Angeles and Orange counties slowed markedly last month [July], while California as a whole continued to outpace the nation.

In July, Los Angeles County counted 69,200 more jobs than it had a year earlier, an increase of only 1.7 percent, according to state employment officials.

Orange County’s payrolls, which grew rapidly last year, ticked up only 1.6 percent in July over the year before, adding 22,500 positions.

“The pace is slowing,” said Chapman University economist Esmael Adibi. “That is worrisome if it continues.”

July was the first month of the new state $9 minimum wage, up from $8. That could not have helped. We’ll see how much it digs in over the coming months. and it goes to $10 in 2016.

A decent recovery drops unemployment below 5 percent. Brown likely will cruise to re-election. But opponent Neel Kashkari might score some votes with his campaign message[2] that the recovery, such as it is, has left a lot of people behind.