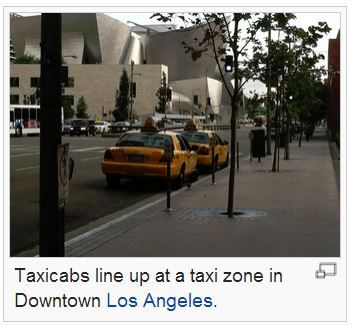 Los Angeles City Councilman Paul Koretz is one of the state’s biggest opponents of ridesharing, the relatively new service provided by such companies as Uber, SideCar and Lyft. He’s also a leading recipient of campaign contributions from the taxi industry.

During a Wednesday appearance on one of Southern California’s top-rated radio shows, Koretz admitted he’s taken money from cab companies.

“I’m mad that you’re doing the bidding of the taxi companies because that’s what this is really about,” John Phillips, the quick-witted co-host of KABC AM 790’s Mid-Day LA show, said during a heated exchange over controversial new regulations on ridesharing services. “The taxis are now having competition from someone who is eating their lunch.”

Then, he bluntly asked Koretz, “Do you take any money from the taxi cab companies? Have you gotten any contributions?”

“Yeah, sure,” the councilman replied. “A few bucks here, a few buck there.”

A CalWatchDog.com analysis of campaign finance records shows that Koretz has taken more than “a few bucks” from the taxi industry.

In addition to the taxi industry, Koretz has cashed checks from another beneficiary of rideshare regulations, the insurance industry. According to Maplight.org[2], which tracks special interest money in politics, the insurance industry is the fourth highest contributor to Koretz’ city council campaigns, having given $32,700 in recent years.

The campaign contributions from the taxi industry have flowed as Koretz ramped up his rhetoric against ridesharing. In June, Koretz and fellow Los Angeles City Councilman Gil Cedillo joined a demonstration at City Hall[3] to support new government regulations of ridesharing companies.

Koretz and other rideshare regulators repeatedly cite safety concerns as the justification for new regulations.

“I would ask my daughter not to ride in an Uber car because, in my opinion, they are unsafe,” Koretz said, according to CBS Los Angeles[4]. “We’ve seen incidents where Uber riders right here in Los Angeles, as well as all around the nation, have been endangered.”

But according to records from the Los Angeles Taxi Commission, regulations haven’t made taxis safe.

As regulators have raised safety concerns about ridesharing, they’ve grown less vigilant in policing the taxi industry. The number of taxi cabs in Los Angeles has remained relatively fixed at roughly 2,300 in the past five years. The same regulations have been on the books. Yet there has been a staggering drop in citations, hearing notices, suspension days and fines against drivers.

Koretz in 2010: Enforce laws already on the books

Koretz hasn’t always been in favor of new regulations to solve transportation-related problems. In 2010, when Angelenos complained about the growing number of food trucks in residential neighborhoods, Koretz said that current laws were adequate.

Now, it appears, Koretz has lost those libertarian impulses.

“That’s a little more libertarian than I would go,” he said. “I think you have a responsibility to protect the public if you’re a government entity.”

Listen to the entire interview[8].