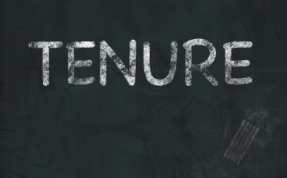 Without fanfare, Attorney General Kamala Harris appealed the Vergara decision throwing out state teacher tenure and job-protection laws late Friday at the direction of Gov. Jerry Brown and with the encouragement of state Superintendent of Public Instruction Tom Torlakson.

Unlike with most major announcements, the appeal wasn’t mentioned on the AG’s[1] or the governor’s[2] websites as of Saturday night or disclosed in the mass emails routinely sent to journalists by statewide officeholders. It was apparently leaked to a handful of news organizations, including The Los Angeles Times, which posted the story early Saturday[3].

The one-page appeal did not offer any sweeping defense of tenure laws, unlike the positions staked out by state lawyers this spring when the case was argued before Los Angeles Superior Court Judge Rolf Treu. The appeal’s detached tone seemed designed to minimize the political fallout of the governor siding with teachers unions in a legal fight that builds off the incendiary argument that teacher unions are bad for minority students. It faults the judge’s handlilng of the lawsuit and steers clear of larger issues.

Torlakson had put out a statement early Friday that trashed the ruling and compared it to blaming firefighters for fires.

Meanwhile, a report[4] on the EdSource blog illuminated the legal strategy that the California Teachers Association and the California Federation of Teachers will pursue in appealling the trial court victory won by the Students Matter[5] reform group, which is funded by Silicon Valley tech tycoon David Welch.

“We have good grounds on appeal that the California equal protection law does not require the invalidation of these provisions of the California Education Code,” said Jim Finburg, the San Francisco lawyer representing the unions.

Treu’s ruling pivoted on the equal protection law. He found teacher protections in four state laws had the effect of funnelling the worst teachers to mostly minority schools, to the detriment of students in those schools. He said the negative impact this had on Latino and black students “shocks the conscience.”

The legal theory that neutrally worded laws can be found unconstitutional if they have a negative “disparate impact” on certain groups has been fought over in courts across America for years, most prominently in fights over civil service tests, especially for firefighters and police.

The Vergara case breaks new ground in that it cites large discrepancies in educational performance among racial groups as evidence of the “disparate impact” that tenure laws in California have on Latino and black students.

The “disparate impact” argument is normally made by Democratic activists on the left and ridiculed by Republicans. In the Vergara case, at least in the CTA/CFT appeal, it appears the normal positions will be reversed.

The deadline for the filing of the unions’ appeal is late October.

Barring an unexpected development, the Vergara appeal will be heard by a panel of judges from the 2nd District Court of Appeal at the state courthouse in Los Angeles.