Legislature should have heeded Brit regulators on plastic bags 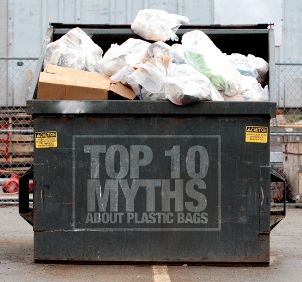 Dubious bills often get passed on the final night of the state legislative session, and 2014 was no exception:

A measure to make California the first state in the nation to ban single-use plastic bags. SB270 passed despite fierce opposition from plastic bag manufacturers and after initially failing an Assembly vote last week. Brown has until Sept. 30 to act on the bill.

Many cities and counties already have local bag ordinances, including San Francisco. The bill by Senate Democrats phases out the use of plastic bags, beginning at grocery stores and pharmacies in July 2015 and the following year at convenience stores and liquor stores.

“A throw-away society is not sustainable,” Sen. Alex Padilla, D-Pacoima, one of the bill’s authors, said in a statement. “SB270 will greatly reduce the flow of billions of single-use plastic bags that are discarded throughout our state. This is good for California and reflects our values as a state that cares about the environment, sea life and wildlife.”

That’s from the San Francisco Chronicle[1]. Note the Chron reporter’s POV is plain in the first sentence, which accepts the premise that they really are “single-use” bags.

Now let’s go somewhere far from California to get a sober take on the plastic bag argument: the United Kingdom’s Environment Agency, which has a very liberal reputation on issues like global warming and water pollution. Here’s a short list of some of what it’s concluded[2] over the years:

1. Any decision to ban traditional polyethylene plastic grocery bags in favor of bags made from alternative materials (compostable plastic or recycled paper) will be counterproductive and result in a significant increase in environmental impacts across a number of categories from global warming effects to the use of precious potable water resources.  … other mitigating circumstances …  may lead to even greater differentials between plastic grocery bags and those made from either paper or compostable plastics.  … the standard polyethylene grocery bag has significantly lower environmental impacts than a 30% recycled content paper bag and a compostable plastic bag.

2. A cotton bag has a greater [adverse environmental] impact than the conventional HDPE [plastic] bag in seven of the nine impact categories even when used 173 times … The impact was considerably larger in categories such as acidification and aquatic & terrestrial ecotoxicity due to the energy used to produce cotton yarn and the fertilisers used during the growth of the cotton.

3. Starch-polyester blend bags have a higher global warming potential and abiotic depletion than conventional polymer bags, due both to the increased weight of material in a bag and higher material production impacts.

So why is California on the bring of enacting a dumb law? Because it is the nature of the environmental movement to constantly look for ways to demonstrate its moral superiority. This is a prime opportunity — forcing people to change a minor part of their everyday life in service of the Green Cause.

They do so even though their main arguments have been debunked. Plastic bags are less than 1 percent of the municipal waste stream. And, no, those alleged plastic flotillas in the ocean don’t come from “single-use plastic bags.”

Says who? Says the scientists who work for the Obama administration at the National Oceanic and Atmospheric Administration. Here’s the NOAA fact check page[3].

What’s particularly enlightening about the page is that it casually debunks another claim of anti-plastic bag crowd: Plastic debris’ ” impacts on marine life mostly remain a big unknown.”

Not to California greens. They know what their religion says is true. Whether or not it’s, yunno, true.