On July 31, the Sacramento-based 3rd District Court of Appeal overturned Sacramento Superior Court Judge Michael Kenny’s rulings that required the California High-Speed Rail Authority to rescind its funding plan and blocked the validation of bonds for the rail project.

Kenny had concluded that the authority had failed to meet two requirements established by Proposition 1A, the 2008 ballot measure providing $9.95 billion in bond funds to the bullet train project.  The requirements were that before the funding plan was submitted to the legislature that the state have adequate funds identified or in hand to build the 300-mile operating segment.  It was also to have completed all environmental reviews. Today, the state has only a fraction of the $31 billion its business plan estimates for its Initial operable segment and is still not complete with the environmental review though the funding plan was submitted in November 2011.

Kenny also refused to validate the state’s sale of bonds because the authority failed to bring evidence to the High-Speed Passenger Train finance committee that showed why it was necessary or desirable to appropriate bonds for the rail project, as required by state law. At the committee’s March 18, 2013, meeting,  members read the motion, had zero discussion and rubber-stamped the authority’s request for bond allocation in one minute and 43 seconds.

Attorneys for Kings County said that by overturning Kenny’s decisions, the appeals court imperiled California’s bond initiative process. If allowed to stand as precedent, it would allow future Legislatures to go back on promises made to voters about stringent protections for ballot bond measures.

In its ruling overturning Kenny’s decisions, the appellate court said there was nothing it could do since the Legislature had voted on the funding plan, deficient as it was, and there are no consequences for the authority which submitted the deficient plan.  The court said the bond measure did not have explicit language that forbids legislative tampering. The court said it had no choice due to the separation of powers doctrine, which forbids it from interfering with the legislators’ decision. Only if there was very particular language in the bond measure that forbid the Legislature from changing the terms, the appeals panel held, could it have disallowed the funding plan. 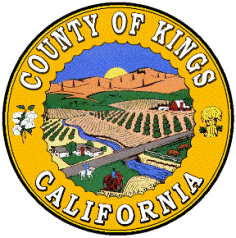 But in their request for Supreme Court review, Kings County attorneys strongly disagreed with that characterization of the court’s role.

In a past case, they noted that a California court “held that the provisions of the governing statutes at the time the bonds were approved, even though they were not expressly placed on the ballot before the voters, were part of the conditions under which the bonds were approved, and could not be modified later. Specifically, the court rejected the argument that a later act of the Legislature permissibly modified the voter-approved bond provisions.”

The brief goes on to say, “This principle, that the terms and conditions placed before the voters in a bond measure may not be unilaterally modified, even by the Legislature, after the voters’ approval, has been confirmed multiple times in subsequent decisions.”

The appeals court, however, said that the time to challenge the legality of the project was when a second funding plan was put forth — one that approves construction spending.

He noted the context in which Proposition 1A was presented to voters: “As perhaps the biggest public works project in California’s history and a project committing almost $10 billion of public funds, the high-speed rail project raised significant concern in both the Legislature and among the voters, causing the Legislature to include in the bond measure a series of stringent provisions that the Court of Appeal itself called a ‘financial strait-jacket.’”

Despite this acknowledgment, the appeals court ruled for the state.

The silver lining in the appellate decision

But while attorneys for Kings County decried the appellate ruling for the precedent it set, they also said much of its language affirmed restrictions and conditions that would doom the rail authority’s bullet-train project in the long run.

On Tuesday, lead counsel Michael Brady said,  “The authority is now on life support; it has been granted a stay of execution by the Court of Appeal. Today’s filing seeks to lift that stay.”

Brady thinks the appellate ruling really wasn’t a green light for the project to go forward — just a decision that gave the rail authority more time to assemble a second funding plan in order for them to obtain access to bond funds for construction. The authority still has two huge hurdles to clear.

1) It must complete all environmental reviews for the initial 300-mile segment before construction begins.

2) An independent financial consultant must attest the funding plan is a viable, plausible way to pay for the $31 billion initial operating segment.

The rail authority has had six years to find an investor in the project and has found no one willing to partner with the state on a big project without revenue or ridership guarantees, which are illegal under Proposition 1A. Now it appears to be pinning its hopes on the use of pollution-rights fees that the private sector pays to the state under AB32’s cap-and-trade program. This budget cycle, the Legislature diverted $250 million in cap-and-trade funds to the project, with more promised — but not guaranteed — in future budgets.

But even under a scenario in which one-third of these funds went to the bullet train, that still would be far short of the $31 billion the state needs to finish the initial 300-mile segment. Lou Thompson, chairman of the official high-speed rail peer review committee, says the state would still be $13 billion to $14 billion short. You can see his remarks in the first minutes of this You Tube[2] clip of a high-speed rail hearing.

Correction: The paragraph beginning “Kenny had concluded” has been modified from the original to make it more clear.  Note: Both the funds had to be identified  and the environmental work at the project level before the Authority submitted their first funding plan, not before construction.