L.A. restaurants make plain there’s no such thing as a free lunch 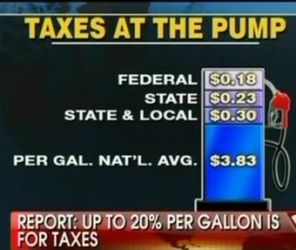 Is it a passive-aggressive way for independent businesses to let customers know about the cost of government regulation?

Or just a trick that allows those businesses to charge more than they normally would without prompting grousing from their customers?

Whatever the truth is, L.A. Weekly notes an intriguing trend may now be emerging[1] in Los Angeles.

Back when Republique opened late last year, the most hotly debated aspect of the restaurant was not the food or the redesign of the iconic building in which it’s housed, but rather the 3% surcharge added to all checks to cover healthcare for the restaurant’s employees.

On Yelp and in comments on this website and others, customers vowed never to give the restaurant their business. Many claimed the surcharge was politically motivated. Others wondered why the restaurant didn’t simply roll the cost of employee healthcare into menu prices to avoid the controversy.

Now another high profile restaurant group in L.A. has decided to follow the same path. The Lucques Group, Suzanne Goin and Caroline Styne’s group of restaurants that includes Lucques, Tavern and A.O.C., as well as a number of offshoots of those businesses, sent out a press release over the weekend announcing that beginning on Sept. 1, they too would be adding a 3% charge on all bills in order to pay for employee health insurance.

They also name a number of other restauranteurs that they worked with to create a plan to offer coverage, intimating that these folks, too, would be adding a 3% charge. Those names include Josh Loeb and Zoe Nathan of Rustic Canyon, Josiah Citrin of Mélisse, and David Lentz of The Hungry Cat.

This has led to grousing. Here’s a Yelp review[2] cited by L.A. Weekly in a previous article about Republique:

I would have given this restaurant 5 stars, but I am annoyed by the 3% Employee Health Care charge. This is going to eventually nip the owner in the rear. People will get sick of this really quick; especially considering that there are MANY more better places to eat in LA besides this place. It is not MY responsibility to take care of YOUR employee’s healthcare. That is YOUR job.

Of course, it is the customer’s job to pay for a restaurant’s costs. It appears some would rather not know regulation has a price tag, and prefer that the cost just be rolled into the price of entrees, appetizers and drinks.

But on the L.A. restaurant scene, the trend is to be like the gasoline stations that break out taxes per gallon in signage right at the pumps. Good.

When it comes to government regulation, there’s no better place to remind people of Robert Heinlein’s adage[3] “there’s no such thing as a free lunch” then at a restaurant.