In fighting drought, San Antonio leaves L.A. in the dust 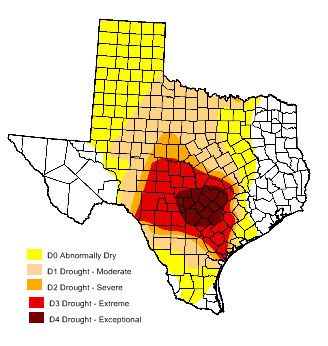 Could cities such as drought-vulnerable Los Angeles come to regret that a “privatization” provision in the old $11.1 billion state water bond was removed?

Back in 2009, there was an outcry against language in the original version of a proposed state water bond that would have allowed private companies to own, operate and profit from water projects[1] partly funded by taxpayers dollars. Critics said it opened a door to dangerous privatization.

But the bill merely contained a provision for joint ventures with nongovernment partners. Nevertheless, it eventually was stricken from the bill, and the new $7.5 billion water bond bill on the November ballot omits it as well.

What’s going on in San Antonio — which has been dealing with a harsh drought for years —  suggests that was a major mistake.

According to a new study by The Environmental Hydrology Laboratory[2] at the University of Florida, both San Antonio and  Los Angeles are extremely drought-vulnerable cities. San Antonio came in dead last among the 225 ranked cities, with L.A. was ranked 220th. High-ranking cities are near very large lakes or rivers while low-ranking cities are in arid areas and have low local storage capacities.

But San Antonio has recently embraced public-private partnerships as a way to survive prolonged droughts, while L.A. sticks to the standard California playbook.

Los Angeles’ five-year water resource plan[5] — adopted in June 2012 — mainly depends on a set of recycled water projects. In addition, L.A.’s plan will depend on the drought ending and an end to the current curtailments of imported state water. Two new state reservoirs that would be funded by the state water bond wouldn’t be available until about 2023 and would only add about 1 percent to state reservoir supplies.

L.A. is in the process of recharging groundwater supplies with purified recycled water — “toilet-to-tap” water — that would produce up to 15,000 acre-feet of new water by 2022 and 30,000 acre-feet to 2035 to offset the future loss of imported water.

All told, L.A. is planning to produce 59,000 acre-feet of recycled water by 2035. That would equate to about 13.4 gallons of water added per household per day by 2035. But this would be water to backfill projected future losses of water from shortages of state imported water.

L.A. has no water storage or desalination plants on the planning board over the next five years and remains dependent on a long-term solution in Sacramento.

San Antonio officials not waiting for others to act

Unlike Los Angeles, the San Antonio Water System is not depending on the state or Congress to solve problems posed by its prolonged drought.  San Antonio is moving toward importing 50,000 acre-feet of water from Burleson County by partnering with the Abengoa Water Corp. and Blue Water Systems of Austin, Tex., for purchase of water through a new 142-mile pipeline to be completed by 2019. This is called the Vista Ridge Plan[6].

In the plan, 3,400 water rights holders[7] in Burleson County will be paid an annual fee for their water. Thus, no condemnation of land for water wells would be needed, although pipeline rights of ways would have to be acquired.

Abengoa[8] is a private, international water and energy infrastructure corporation based in Seville, Spain.

San Antonio water officials selected a proposal from Abengoa to buy water from the Vista Ridge Pipeline Project through a competitive proposal process[9] from nine other proposals to provide a solution for San Antonio’s future water demands. While Southern California has been trying to obtain political approvals for its Peripheral Canal or other big projects since 1982, San Antonio is moving ahead for a contract to buy water from Abengoa in five years. The pipeline would be financed, built and operated by Abengoa.

Additionally, San Antonio’s water agency is renting available capacity in an existing pipeline to bring about 25,000 acre-feet of water from the Carrizo Aquifer in Gonzales County[10] by 2015.

By 2016, San Antonio’s water agency also plans to have completed a desalination plant[11] that will produce about 33,000 acre-feet of water per year by desalting local groundwater at a cost of $1,138 per acre-foot of water.

Overall, San Antonio is planning on adding 108,000 acre-feet of new water over the next five years. That equates to adding 35.2 billion gallons of water or 1,212 gallons of new water per year per existing household per day.  San Antonio plans to sell any unused portion of its water supplies from the Vista Ridge Pipeline to other cities to reduce water rates to its customers.

At an Aug. 12 symposium at the University of Texas at San Antonio on the Vista Ridge Pipeline Project, one topic was the difference between California and Texas as to finding solutions to drought (see bottom of page here[12]). San Antonio leaders attributed the difference to a “culture” of “free enterprise and capitalism.” They specifically called out Sacramento as a city, which, in the past, has not even had water meters as part of the problem.

Ecowatch.com ran an article titled “Which City Will Run Out of Water First?”[13] on Sept. 3 reporting the new drought vulnerability rankings for 225 large cities in the U.S.

San Antonio may have the worst ranking but has embraced allowing the private sector to propose a drought solution for the city. San Antonio does not have to go to voters to approve a water bond. The new added water will increase water rates 16 percent.

In comparison, Los Angeles’[14] wholesale imported water rates rose 15 percent in 2009, water deliveries were cut and customers had to cut usage by 20 percent.