CA, Tesla and the slippery slope to crony capitalism 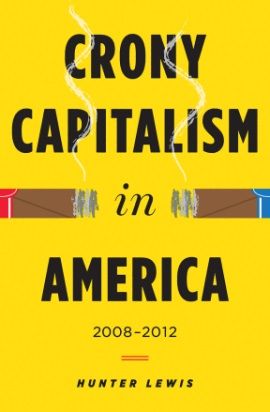 The decision of Tesla to locate its “gigafactory” in the Reno area instead of California offers critics of the state’s business climate a chance to once again knock Gov. Jerry Brown and other state leaders for failing to care about the private sector. I am sympathetic to this critique. Tesla has emerged as an impressive company that seems likely to have a big future.

But Tesla demanded — and won — so many breaks from the state of Nevada that the deal is an affront to any true believer in free-market economics. This is from the Chronicle[1]:

Nevada won the fierce, five-state competition to host Tesla Motors’ planned $5 billion battery factory by offering a package of tax breaks and credits that could be worth $1.2 billion over the next 20 years, according to terms released by state officials Thursday. … Tesla won’t have to pay sales tax for 20 years. The company also won’t have to pay real property, personal property and modified business taxes for 10 years.

The size of the deal and the scope of the tax breaks makes this feel more like South Korean crony capitalism — the government in Seoul is a de facto partner of conglomerates like Samsung and Hyundai — then American capitalism.

But as Dan Morain points out in his Sac Bee column[2], this is increasingly common:

“Unfortunately, it is common to see subsidies of this size,” Leigh McIlvaine, a research analyst for Good Jobs First. “There seems to be a perception on behalf of companies that they should be paid by the public sector to finance that growth. It is looking like an entitlement.”

California lawmakers are not shy about opening the treasury to help companies. They approved $420 million in tax breaks this summer for Northrop Grumman and Lockheed Martin, on condition that they build new bombers in California.

I get the argument that Tesla is a unique company, and that Northrop and Lockheed are fairly unique as well, so the argument that these government gifts are hugely unfair to their rivals isn’t as apt as it when it’s made about tax breaks given to specific companies in more competitive industries. But at some point, I share Milton Friedman’s concerns, as noted by the Heartland Institute in 2012, about government and industry acting in synch.

Friedman exemplified the generous spirit behind the desire for free markets: they benefit the less-wealthy by leveling the playing field, allowing people to succeed on their merits instead of through political power bought with big money. Friedman had nothing but contempt for crony capitalism and the use of government to suppress market competition, although he was too polite and good-natured to express that feeling in any way but through sound economic arguments.

Friedman himself put this sentiment another way[3] in a 1977 article for Reason magazine:

The two greatest enemies of free enterprise in the United States … have been, on the one hand, my fellow intellectuals and, on the other hand, the business corporations of this country.

Maybe it’s pointless to worry about this six years after the federal takeover of the banking system, General Motors and Chrysler during the financial crisis, but there’s something really ominous about big government partnering with and/or propping up certain favored big businesses.

The initiatives they work on then become, in the lexicon of 2008, “too big to fail.” It’s not hard to imagine Nevada moving from tax breaks to direct subsidies if the Tesla “gigafactory” struggles to live up to its billing and needs help to survive — taxpayer help.

That is, much, much more taxpayer help.