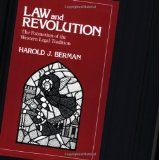 One of the most crucial elements in the development of liberty was that every man deserves his day in court. As described by Harvard professor Harold J. Berman in his crucial “Law and Revolution: The Formation of the Western Legal Tradition[1],” that check on arbitrary power has changed in recent decades with the rise of “administrative law.” That’s where bureaucrats, not judges, decided things.

A good example is the California Coastal Commission, which has near dictatorial powers over coastal land use. Indeed, this year Gov. Jerry Brown and the Legislature gave the CCC new administrative powers[2] to issue fines on their own. Landowners get their day in court only if they bring a costly lawsuit against the CCC, something few will do.

Another is the DMV. Reported the Orange County Register:

An Orange County judge threw out Ha’s DUI case, ruling officers had illegally obtained a test showing Ha’s blood-alcohol level was over the legal limit. Yet a month later, a midlevel DMV employee suspended the Westminster resident’s license based on the same evidence the courts rejected.

“The DMV officer convicted him, suspended his license and put the DUI on his record,” said Ha’s attorney, Alex L. Benedict. “How can the DMV have such power over a criminal judge?”

The power comes from a little-known law that grants the DMV the authority to suspend the license of anyone arrested on charges of driving with a blood-alcohol content over the legal limit. The law has been in effect for nearly 25 years, but it now faces a legal challenge in a lawsuit filed by a nonprofit group called the California DUI Lawyers Association and attorney Steven R. Mandell.

That this law was passed, giving vast administrative powers to the DMV outside the regular legal system, shows the Legislature is geared toward ending our rights. That the administrative edicts still can be challenged in court provides some hope that liberty can be restored, at least a little.