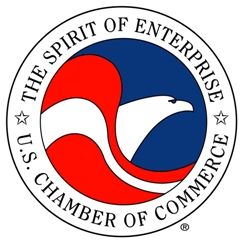 The U.S. Chamber of Commerce stunned a lot of people last month when it endorsed Democrat incumbent Scott Peters over Republican challenger Carl DeMaio in the 52nd congressional district race in an affluent swath of San Diego and its northeastern suburbs. Peters may be a relatively moderate Democrat in Congress, but his record of fiscal irresponsibility while serving two terms on the San Diego City Council looks awful compared to all that DeMaio accomplished in his one term on the council.

The only theory that makes sense is that it was former GOP Mayor Jerry Sanders holding a grudge. Sanders is now chair of the San Diego-Imperial counties Chamber of Commerce. He dislikes DeMaio because they both claim credit for a lot of the reforms accomplished in San Diego in recent years, and because DeMaio — much younger and relatively new to San Diego — was anything but deferential to Sanders, who is 64 and has been a San Diego fixture for decades.

Whatever drove the decision, it is sure making the U.S. Chamber of Commerce look foolish. Consider a recent essay[1] highlighted on the chamber’s website:

The most important issue you probably won’t hear about during the run up to this year’s election is public sector pension liabilities. Even though it accounts for billions of dollars in spending and affects millions of state and municipal employees, the sad state of many pension funds barely makes a blip on the radar.

At its core, adequately funding pensions is about keeping a promise. Public sector employees were told while they were working what they would receive when they retired. Governments have a responsibility to ensure that they put enough money away to meet those obligations.

An institution that believes this shouldn’t be endorsing pension arsonists. But that is what the U.S. chamber did when it endorsed Scott Peters, who in 2002 voted to raise pensions while reducing funding. What did a 2006 fact-finding investigation conclude?

A culture of obfuscation and denial so corrupted San Diego’s financial management that its meltdown reached the historic levels of such poster children of governmental and corporate malfeasance as Orange County, Enron and WorldCom, according to a long-awaited report released Tuesday.

The report likely cements San Diego’s collapse as one of the greatest in modern municipal history, stating that eight former city staff members likely committed securities fraud in acting with “wrongful intent” to withhold important information from the investing public – a finding that could foreshadow potential enforcement actions from the Securities and Exchange Commission.

Mayor Dick Murphy and a number of current and former City Council members acted negligently in approving false financial statements released to investors, the report states, a finding that would put their behavior on the bottom rung of the three levels of potential securities fraud.

In all, the report paints the picture of a culture premised upon “non-transparency, obfuscation, and denial of fiscal reality” that repeatedly sought to delay the impact of tough decisions, ignored pertinent advice time and again, and failed to inform investors of the consequences of its actions.