This is Part 1 of a series. 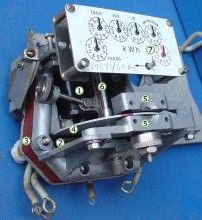 Calls now are going out to raise water prices even higher to spur conservation. Instead of fining people[1] for watering their lawns, numerous economists are recommending just tacking a punitive surcharge onto water rates until use drops.

But there’s a problem with this drought fix: It would violate Proposition 218[2], which voters passed in 1996. It requires voter approval for any tax increase. And higher rates for using more water effectively are a tax on usage.

CalWatchDog.com[3] brought up the matter with Jon Coupal, president the Howard Jarvis Taxpayers Association, a major backer of Prop. 218 and defender in court of voter consent for taxes, especially punitive or luxury taxes.

“Some of these tiered rates are probably illegal,” Coupal said. “To be fully compliant with Prop 218, a [water] district would probably have to characterize the higher tiered rate as a penalty or fine.”

So voters would have to approve any higher water rates for “drought pricing,” “tiered drought water rates” or “water conservation rates.”

The matter also has been litigated in a case settled by the California Supreme Court in 2006, Bighorn-Desert Water Agency vs. Verjil[4].  That case concerned whether the public initiative process under Prop. 218 could repeal water-rate increases. The court established that water-rate increases or decreases are “property-related fees” subject to Prop. 218.

So do all water rates have to be approved by voters? No. Prop. 218 only stipulated any rate increase “shall not exceed the funds required to provide the service.” That allowed rate increases for higher operating costs or inflation. But it did not allow rate increases for anything above such costs, such as for water conservation, unless a majority of voters gave their approval.

“Drought prices” are being advocated by some water economists from both sides of the political spectrum:

These advocates call it a “market solution.” Yet 95 percent of system water in California is a monopoly controlled by the government, with only 5 percent sold on the spot market.  When purchasing a car, a computer or a hamburger, if one is dissatisfied with a high price or low quality, one simply switches to a competitor. But with water, one cannot do that except by moving into a new water district — something hardly practical for most people or businesses.

So even a “market solution” really is political, meaning it falls under the rubrics of state law, including Prop. 218.

Many water districts already use a tiered structure for water usage, where those who use more pay more, to encourage conservation even in times and places where there is no drought. Such tiers can be structured around the water source or service (potable, recycled, construction, fire), and do not trigger Prop. 218.

But if the tiers are based on usage, then the tiers trigger Prop. 218 approval by voters.

Finally, long-term studies show tiered usage does not discourage use. See the study from July by the Centre for Energy Policy and Economics Department of Management, Technology, and Economics in Zurich, “Urban Water Demand and Water Rate Structures Over Decades[12].” It found:

“Using primary pricing data from 125 Texas communities spanning more than two decades (1981 – 2003)…. The adoption of water pricing structures alleged to promote water conservation (e.g. increasing block rates) does not lead to expected results as in our sample (13447 observations) consumption increased by 5-6 % … after the change occurred.”

In Part 2, we will further explore the notion of drought-pricing water.