This is Part 2 of a series. Part 1[1] was on how drought-water pricing violates Proposition 218’s ban on tax increases without a vote of the people. 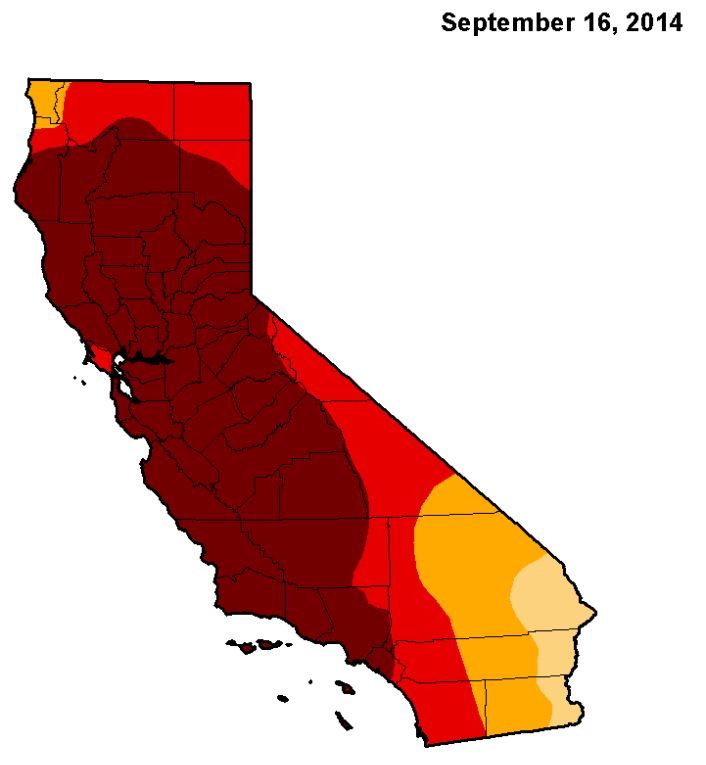 What is good water pricing during a drought? Let’s look at some situations.

A good place to start is the continuing series on the drought by Caitrin Chappelle and Ellen Hanak of the Public Policy Institute of California. It their Sept. 3 installment, they tout the city of Roseville as an example of good drought pricing:

“The city of Roseville is one community using the drought pricing tool, which was adopted — and vetted with customers — before the drought hit. In June, Roseville implemented a temporary 15 percent drought surcharge while also mandating a 20 percent reduction in water use.”

But here’s how Roseville itself justified [2]increasing water rates:

“With almost three months of declining revenue and increased costs, the water utilities financial reserves are no longer able to cover this deficit. Costs are increasing for many reasons — water is scarcer and more expensive. The drought has also required us to expand our water conservation programs, invest in operation of our back-up groundwater wells, and build new wells as water from Folsom Lake has become much less reliable due to an unprecedented drought.”

In other words, customers were curtailing water use voluntarily at the onset of the drought and water utility revenues dropped below fixed costs. Customers (“the market”) had already reacted by cutting water use.

But public utilities are not allowed to run an operating deficit.  Thus, Roseville appropriately raised water rates to cover their fixed costs, and for drilling new wells, without needing to get voter approval under Prop. 218. So Roseville’s water rate increase did not use a “drought pricing tool” to spur conservation, because conservation already was happening.

Many agricultural water districts have been hit hard. Shouldn’t they impose a “conservation rate”?

Actually, water sales by auctions already adjust for the scarcity of water due to drought. So there is no need to impose water conservation rates on farmers.

Once again, the market itself has imposed “conservation water rates.”

Some farmers have “senior water rights[3]” and are entitled to deliveries of cheap system water through the State Water Project. Are they overusing water because it is so cheap at the expense of everyone else?  No.

Like electricity[4], farming water commonly is not bid on each day or month on the spot market. Instead, contracts are for years, even decades, because of the large capital investment needed upfront for land, seeds and farming equipment. Such water contracts[5] are a market mechanism to ensure continued supply at affordable prices.

Hanak mentions in her “California Water Markets by the Number – Update 2012[6]” that water markets have evolved from one year contracts to longer-term contracts and trades.  The number of short-term contracts increases during droughts (see Figure 3, Page 19 here[7]).

So those with locked-in lower water rates by contract in a drought aren’t getting away with anything. If the government violated these contracts to take the water, or force the farmers to pay higher rates, it would be a “taking,” which the U.S. Supreme Court has ruled must be compensated. That would mean taxpayers would pick up the tab. The court affirmed its previous rulings last year in Koontz vs. St. Johns River Water Management District[8].

The UC Davis Center for Watershed Sciences proposes selling government wholesale water allocated to fish and wildlife refuges back to farmers[9] at duress drought water prices. But that’s fraught with double-payment problems because farmers have already paid for the water once to maintain California’s Central Valley Project.

Such sales would not reflect fair market pricing and are probably illegal under the eminent domain “project influence rule.”[10] That rule says you can’t take water from farmers for a public project to protect fish, create an artificial scarcity, then charge farmers the higher scarcity price in a drought.

The above solutions are “demand-side solutions” to drought: they reduce the use of water.

But what about “supply-side solutions,” that increase the supply of water? As reported earlier on CalWatchdog.com, such solutions are being pursued by the city of San Antonio, [11]Tex., and by Cadiz, Inc[12]. in California.

The big benefit of supply-side solutions is that they don’t take water from one use and give it to another. Rather, they develop water for new uses, reducing legal and regulatory entanglements.

Drought-water pricing advocates largely are experts in academia and think tanks. Yet the reality in the pipes, so to speak, is what goes on in the water contract market and with established law.

Our system of government requires the rule of law and the consent of the governed, which is missing in calls to increase water rates to curtail usage of water.

Wayne Lusvardi worked for 20 years for one of California’s largest water agencies as Chief Real Estate Appraiser in the valuation, leasing and management of land with water rights, including the Palo Verde Irrigation District land fallowing program[13].