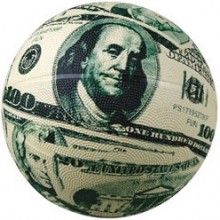 [1]At a time when two Democratic lawmakers stand accused of bribery and public corruption[2], California’s most powerful labor unions have kicked back more than a million dollars to the California Democratic Party.

According to state campaign finance records posted Monday evening, the Democratic State Central Committee of CA accepted a total of $1.59 million in campaign contributions on Sept. 19 — with the overwhelming majority of those funds coming from the state’s powerful labor unions, representing teachers, firefighters, engineers and nurses.

The biggest check won’t come as a surprise to any California political observer: $750,000 from the California Teachers Association. The teachers union, considered by many to be “the most powerful interest group in the Capitol[3],” has stepped up its political giving in the wake of Vergara v. California[4], a landmark court ruling that could ultimately throw out California’s teacher tenure system.

But it’s another set of six-figure union campaign contributions that is raising questions about blatant influence peddling.

Engineers get state contract, then donate to Democrats

“After months of rancorous talks over pay and a threat to strike, California’s state building operators have ratified a contract with Gov. Jerry Brown.

“Steve Crouch, who negotiates for about 850 state building operators and water-system engineers, said members approved the three-year deal but declined to characterize by what margin. Union members were the last state employees without a current contract. State attorneys and scientists signed off on deals in recent weeks after working under the terms of their expired contracts for more than a year.”

The deal, which was ratified by union members on Sept. 16, included a 4.5 percent pay raise and “a $250 bonus once the deal was ratified.”

First Amendment Expert: ‘Not hard to connect the dots’

An expert on the First Amendment and campaign finance regulations said California Democrats are making it easy to connect the dots.

“This case in California shows that unions here are not even subtle about influence peddling,” said Dr. Craig Smith, a professor of communication studies at Cal State Long Beach and director of the Center for First Amendment Studies. “It is not hard to connect the dots when there are only two of them.”

Smith, a former presidential speechwriter, noted the irony of Democrats’ money moves, given the party’s repeated criticisms of Citizens United[6], a 2010 Supreme Court decision that protected the political activities of corporations and labor unions.

“Democrats are often heard to complain the Supreme Court’s Citizens United ruling freed corporations to pour money into Republican campaigns, and thus influence how Republicans vote on issues dear to corporations. But the same ruling allowed unions to dump lots of money into Democratic campaign coffers.”

Even some Democrats question the timing of the campaign contribution.

“The timing certainly reinforces the perception that we are living under a ‘pay to play’ government,” said Derek Cressman, a longtime government watchdog and Democratic candidate for secretary of state in the June 2014 primary. “We all pay a price when public decisions are influenced by campaign cash.”

But don’t expect the state’s official political watchdog to do much about it. The Fair Political Practices Commission, which aggressively prosecuted an anti-tax campaign in 2012 for campaign finance violations, isn’t investigating the potential pay-to-play behavior by California Democrats.

“Donating to a political party is legal as long as the fundraising and donations are all reported properly,” Jay Wierenga, FPPC communications director, told CalWatchdog.com. “If we receive any information or indication of a potential violation of the Political Reform Act, we will take a look at the complaint.”

Other non-partisan watchdogs say the contributions create the expectation of favorable treatment.

“Unions and other major campaign contributors invest in politics because they expect favorable treatment and beneficial outcomes, and they usually receive it,” said Daniel G. Newman, president and co-founder of the independent campaign watchdog, MapLight. “Two unions — SEIU and the California Teachers Association — were responsible for blocking a key transparency measure last month that would have shown voters who were the real funders of state ballot measures.”

Newman is referring to Senate Bill 52, the DISCLOSE Act[7]. Authored by Democratic State Sens. Jerry Hill of San Mateo and Mark Leno of San Francisco, the bill would require the disclosure of a campaign’s top three contributors on all campaign materials. Well intended as it may be, some reformers believe the legislation could be easily circumvented with more transfers between campaign committees.

Newman added that the high cost of campaigns makes fundraising a higher priority.

“It costs a lot of money to run for office in California, and the best place to get this money is from interest groups that want something from government,” he said.

According to MapLight[8], members of the California State Assembly raised an average of $708,371 for their 2012 campaigns, or $970 per day. State Senators raised slightly more than $1 million during the same period, according to MapLight.

Last Friday, Democrats helped their members whittle away at those big fundraising targets with a total of $1.6 million in contributions. After the teachers and engineers unions, the third biggest contribution was $100,000 from the American Federation of State, County and Municipal Employees.

For a complete list of contributors and the amount of each contributions, check out ElectionTrack.com[9].