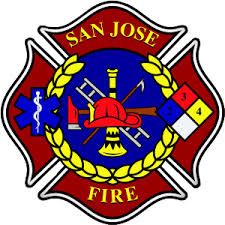 The Rough & Tumble news aggregation website had an unusually helpful juxtaposition of two California news stories on Wednesday. R&T linked to a Mercury-News story[1] detailing how San Jose had finally been given a court’s clearance to implement a pension plan in which newly hired firefighters got less generous retirement benefits than the old norm.

[The] firefighters union says the cuts will lead to fewer job applicants, much in the way recruitment has slowed for the short-staffed police department, which is dealing with the same pension cuts. …

“City Hall is hell bent on doing to the fire department what they have done to the police department and the results will be the same; firefighters will leave San Jose and 911 emergency response times will increase,” firefighters union president Joel Phelan said in a statement.

But just beneath the San Jose story was a link to a Los Angeles Times story[2] about a flap over how L.A.’s city fire department was handling the hiring of new firefighters. It noted that there had been 10,000 applicants seeking to be in a fire trainee recruit class of 300 people.

Police officers are legitimately in demand; even the fiscal conservative Republican who’s mayor of California’s second largest city fully acknowledges[3] that they need to be paid better or they’ll be lost to rival agencies.

Firefighters are vastly easier to come by. The job is far less dangerous than it used to be and the policy of having firefighters work several full days in a row and then get big chunks of time off allows many to simultaneously pursue second careers.

Nevertheless, firefighters try to free ride on police recruiting woes by saying they face the same problem — and the same risk to their personal safety — all so they can get just as generous wages and benefits.

Happily enough, this post gives me a reason to mention a splendid ploy[4] executed by San Diego small-government activist Richard Rider in 2006 and 2007 when firefighters and the city claimed it was really difficult to get qualified applicants for San Diego Fire Department openings. That just wasn’t true — as Richard established with the use of Craigslist ads in San Diego, Bakersfield, Los Angeles, Orange County, San Francisco, Sacramento, Chicago and New York City informing qualified firefighters how they could apply for jobs with the city fire agency.