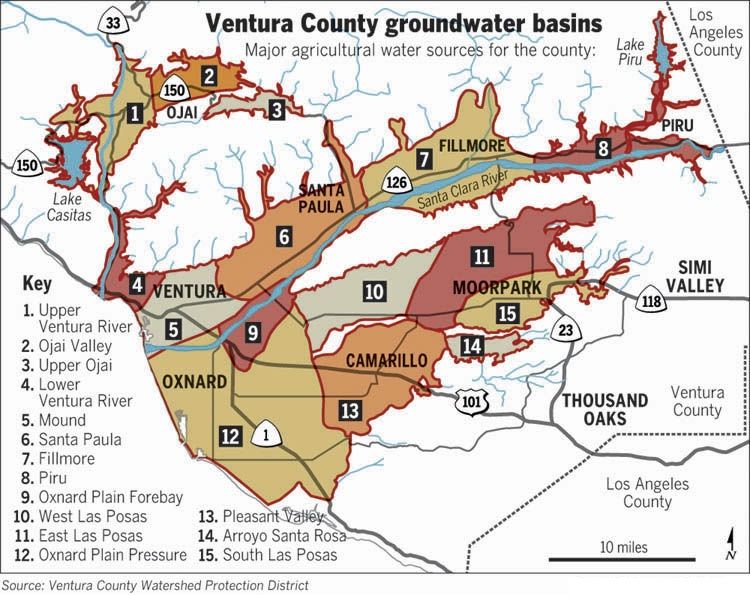 Was it necessary to pass three new bills that increase the California government’s control over groundwater? The numbers tell the story.

By now most Californians have heard the shockingly huge number: The state has lost 63 trillion gallons of water[1] due to the drought that has hit since 2013. That is 193.3 million acre-feet of water, or almost one year’s average rainfall in California of 194 million acre-feet[2] of water.

But there’s another number Golden Staters need to know: California has about 850 million acre-feet[3] of water in its 450 groundwater basins. About half of that, 0r 425 million acre-feet, is usable due to natural and man-made contamination.

Of the 425 million acre-feet of water stored underground, farmers are estimated to have drawn down only by about 2.3 percent during the water year of 2014. (See calculations below.)

In fact, half[4] of California’s groundwater basins are already managed or adjudicated.  The other half are unmanaged but mostly are unconnected to the state water conveyance system.

Thus, groundwater regulation likely will offer little drought relief now or in the future and would not likely add any water for drought parched farms and cities.

Yet the small loss has been enough to justify the state Legislature passing, and Gov. Jerry Brown signing into law, three bills that will greatly increase centralized state control of groundwater:

“[G]roundwater resources be managed sustainably for long-term reliability and multiple economic, social, and environmental benefits for current and future beneficial uses. This bill would state that sustainable groundwater management is best achieved locally through the development, implementation, and updating of plans and programs based on the best available science.”

Although the bill seems to stress local control, it actually greatly will increase centralized state control:

Assembly Bill 1739 [6]is by Assemblyman Roger Dickinson, D-Sacramento. It increases “certain fees” for water, which means the higher costs likely will be passed on to ratepayers:

It also would increase state control in other ways:

“This bill would require the [Department of Water Resources], by January 1, 2017, to publish on its Internet Web site best management practices for the sustainable management of groundwater, and would require the department to prepare and release a report by December 31, 2016, on the department’s best estimate of water available for replenishment of groundwater in the state.”

SB1319 [7]also is by Pavley. It involves what could be called “state regulation by designation.” It stipulates:

“This bill would additionally authorize the state board to designate certain high- and medium-priority basins as a probationary basin if, after January 31, 2025, prescribed criteria are met, including that the state board determines that the basin is in a condition where groundwater extractions result in significant depletions of interconnected surface waters.”

The subversion of local control by state control is emphasized: