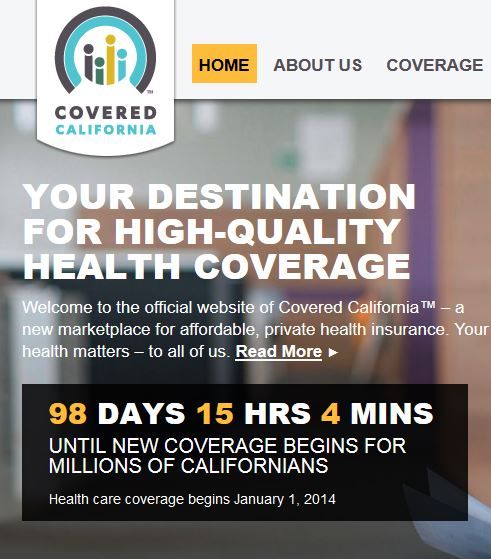 A quarter-million Medi-Cal[1] applicants have been waiting more than 45 days, and in some cases nearly a year, either to receive coverage or find out why their application has been denied.

That’s an improvement from the 900,000 applicants who were languishing in early summer without coverage or word from Medi-Cal. But it will take another six weeks for most of the remaining 250,000 residents to receive or be denied coverage, according to Department of Health Care Services[2] Director Toby Douglas.

At a Sept. 23 Assembly Health Committee[3] oversight hearing, Douglas touted the Medi-Cal expansion as a “tremendous success,” but cautioned the enrollment backlog may never be totally cleared.

Legislators expressed frustration that their constituents are being dropped from coverage without notice, getting the run-around when they try to find out what’s happening with their applications or never being informed about the potential for Medi-Cal coverage in the first place.

“It’s taking months – months – to check on the status of cases,” said Assemblyman Jim Patterson[4], R-Fresno. “We are completely unable to help constituents in a timely manner. And it’s happening over and over again.”

Patterson said applicants seeking information are getting caught in what he called a referral loop. “They are told the state is just a billing agency and they need to contact the county,” he said. “The county says, ‘It’s not our job, you have to go talk to the state.’ This is a loop that’s going on and on. We get the concerns that they are bounced from person to person, and everyone saying they can’t address the issue and they need to call somebody else.”

Two million patients have been added to the Medi-Cal rolls the past year through the new Covered California[5] exchange, part of the federal Affordable Care Act, or Obamacare. Medi-Cal now covers 11 million Californians – about 29 percent of state residents. The Medi-Cal budget is more than $90 billion, an 80 percent increase from just four years ago, according to committee Chairman Assemblyman Richard Pan[6], D-Sacramento.

The application-processing delays have been due to the unexpectedly large increase in applications, technical snafus and administrative decisions to delay coverage until residency and income are verified, according to Cathy Senderling, deputy executive director of the County Welfare Directors Association[7].

“We are in a situation where it’s been incredibly exciting to have the Affordable Care Act[8] after so much planning,” she said. “But it’s also been very frustrating for our workers and we know for our customers as well.”

Most of the 250,000 cases remaining in the backlog are in some stage of being worked on, she said. “Many of them actually need to be denied. And the capacity of the system has not yet been brought up to be able to do that because of the way it was programmed and the confusion that would be created for our customers.”

Patterson argued that these kinds of snafus are inherent in “a state-run and sort of a command-and-control approach to health care.”

“We asked for this,” he said. “By doing the things we have done, by taking this Affordable Care Act, putting a California overlay on it and the 2 million additional, all of the things that we have done, we should have understood that this would be the result, that we were going to end up with significant bureaucratic problems, that we were inviting these very kinds of problems.

“So I think to suggest that we are the victims of success doesn’t sit well with the people that are trying to be the examples of the success. And so the backlogs, the payment, the notifications, the dropping of individuals, all of this is really creating a serious matter of an urgent level. And I hope that you can take that back to your organization and the governor and others in charge.”

Elizabeth Landsberg, director of legislative advocacy for the Western Center on Law and Poverty[9], pointed out that many of the hundreds of thousands of people stuck in the Medi-Cal backlog have suffered as a result.

“Some people are going without health care and having terrible health consequences,” she said. “Some can’t get care tests because they can’t pay out of pocket for them. And some are going into medical debt and facing collections because of it. This is a story about real people, our neighbors, our friends, our fellow Californians.

“This is story of a woman who applied through the Covered California portal in December, was told she should be eligible for Medi-Cal. She has medical bills from May 2014 and she has a hospital threatening her with collection actions against her. This is the story of a man who also applied nine months ago and has to pay out of pocket for insulin pump supplies and was hospitalized for diabetes complications affecting his heart.”

Landsberg said the state is not informing applicants of “their right to file for a fair hearing if they don’t have a timely eligibility determination. State law is clear, we have to make these decisions within 45 days.”

Her organization, along with several other advocacy groups, filed a lawsuit[10] in Alameda County Superior Court on Sept. 17, Rivera vs. Toby Douglas, seeking to force the state to comply with its own law.

“Consumers simply don’t know that something’s going wrong if they don’t get an answer,” said Landsberg. “They get one notice from Medi-Cal saying, ‘We think you’re eligible for Medi-Cal, you’ll hear if you are.’ Many people still are familiar with the old rules where childless couples weren’t eligible for Medi-Cal. They don’t know that something’s wrong.”

Assemblyman Roger Hernandez[11], D-West Covina, is also concerned that his constituents are being left in the dark.

“People are asking how we get folks connected with access to health care,” he said. “I’m concerned representing a community … where we see a high level of immigrant, working class, Latino and minority populations that are not having the same access to registration and information about how to sign up as other non-Latino groups are. That’s a problem in terms of outreach.”

Douglas assured the committee that improvements are being made. “Everyone is working around the clock,” he said. “What I want to report to you, and where we will get soon, is that every individual that applies and is providing all the information necessary will get enrolled in the program in the appropriate timeframes. And that’s what we need to get to. And we’re not there yet.

“The system continues to get a lot better. This continues to be a work in progress. We were quick in implementing health care reform. And it’s going to take next year still to work through some of these final system stages.”

He cautioned, though, that as his department works to get things right with the first year of Medi-Cal applications through the Covered California exchange, those applications will soon be coming up for renewal, potentially creating new challenges.