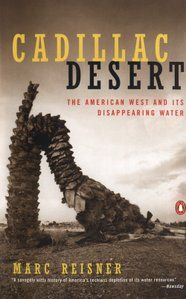 According to Mark Borba, owner of Borba Farms[2] in Monterey County, “The days of being paid to not produce crops are gone” due to the worldwide agricultural market.  Borba said farm subsidies for corn, wheat, soybeans, rice and cotton are “ancient history.”

The farm income stabilization subsidies reported in the popular book “Cadillac Desert”[3] by Marc Reisner no longer exist due to the globalization of agricultural markets. The book came out in 1993 and the entire situation has changed in the subsequent 21 years.

Moreover, due to globalization, the 2013 Federal Farm Bill[4] shifted from crop subsidies to crop insurance.

There is also the misconception that California’s water system would allocate water better during droughts if it weren’t for water and crop subsidies.  But as the University of California, Davis Center for Watershed Sciences pointed out, any advantage of cheap water is paid for by higher agricultural land values[5].

Also, eliminating cheap water priced at cost rather than marked-to-market would collapse agricultural land values, resulting in a calamitous drop in the property tax base in many rural counties. That would lead to lower tax collections for state and local governments, in turn leading to calls for tax increases on incomes and sales.

Paying for water with power

Using cheap electricity to lower the cost of water goes back to 1909 with the Roosevelt Dam[6] near Phoenix, Ariz. One of the reasons the Salt River Project[7] along the Colorado River in Arizona can provide water at an ultra-cheap price of $14 per acre-foot to farmers is that hydropower sales offset the cost to operate the water system.  However, such a system a does not subsidize farmers at the expense of residential electricity customers.

The city of Phoenix can also buy this cheap, raw water. It then treats the water and resells it to residential customers for about $867 to $1,377 per acre-foot. The added cost includes the price of treating and disinfecting the water for domestic use.

Critics say cheap water encourages waste. But the price of water cannot be equalized for all users without destroying property and water rights, land values and entire industries.