Both parties have bogus canards that they trot out when convenient. The worst example of this among Republicans is the idea that tax cuts always pay for themselves — that they lead to higher revenue. It could well be true for capital gains taxes and any other taxes that discourage investment or reinvestment of earnings in productive ways. But it’s a nutty thing to claim otherwise. Lower sales and property taxes don’t lead to higher revenue, and with the possible exception of certain categories of very wealthy investors, there’s no evidence that lower income taxes lead to higher revenue.

However, with Democrats in California, you see even worse canards. The worst is the idea that stricter regulations and government-imposed costs — AB 32, minimum-wage hikes and more — are somehow good for the economy[1]. 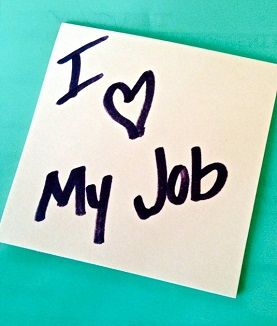 Just as laughable is the claim that without good-to-great pay and ridiculously generous benefits, there will be an exodus of wonderful workers from government jobs. We’re hearing lots of this in the aftermath of the federal bankruptcy judge’s ruling that the city of Stockton can invalidate and renegotiate pensions for current and retired employees. Example:

Dave Low, the chairman of Californians for Retirement Security, a coalition of state public employees, said the decision could hurt not only workers but also residents of cities across the state.

“We are disappointed,” he said, “that the judge has sided with Wall Street in a decision that has the potential of devastating citizens, employees and making bad situations worse.”

If cities are forced to break promises made to employees, Low said, “it will result in a mass exodus of police, firefighters and other public employees who will have no incentive to rebuild bankrupt cities.”

No market demand for public employees at all — except cops

What a load of hooey. As I wrote for City Journal a while ago ….

With the exception of law enforcement and some niche categories, no evidence exists of substantial market demand in any area of public employment. Public-sector compensation is so much higher than private-sector pay because of pay practices — including automatic raises negotiated by bureaucrats who often stand to benefit from the policies — and because of the political clout of public-employee unions.

What’s happened this year in L.A. with firefighter vacancies illustrates this. See my account here[3]; there were 10,000 applicants for a 300-job fire recruit class.

And here’s what I wrote a decade ago for the Orange County Register. I can’t find it online, but Nexis comes to the rescue:

After the 1994 bankruptcy, it was plain that the biggest enemy of Orange County taxpayers was reckless Treasurer Robert Citron, who gambled vast sums on risky investments with the aid of his Ouija board and ended up $1.6 billion in the red.

A decade later, our worst enemy is something much more abstract: a theory advocated by county personnel managers. Leaving out the jargon, it boils down to the notion that wages and benefits must go up on a regular basis so as to keep the county’s uniformly competent workers happy and stop them from fleeing to better jobs elsewhere.

The latest example of bureaucrats’ devotion to this theory came last month when a plan surfaced that would push the top salary range for about 100 county bosses to nearly $250,000 a year and the range for another 850 executives to nearly $200,000.

The problem with this theory is basic: It’s a crock.

“It’s the bureaucratic equivalent of an urban myth. With the exception of police officers, there’s no data that indicates [competition for public-sector employees] at all,” says Steve Frates, a senior fellow with the Rose Institute of State and Local Government in Claremont.

What does the data indicate? You guessed it.

How often an organization loses employees is far and away the best indicator of relative satisfaction with pay and benefits. County officials I spoke with last week said overall figures on employee turnover were not available, but they didn’t dispute that it was low compared with the private sector.

This job satisfaction isn’t surprising. As economist Paul Craig Roberts has documented, public employees have higher average annual pay, better benefits and more paid days off than private-sector workers. This gap has widened over the past 20 years, during which the private sector has undergone a productivity revolution while government manifestly has not.