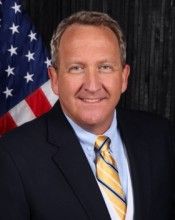 [1]What a difference a day makes.

On Friday, CalWatchdog.com suggested[2] Rob McCoy, the Republican candidate in the contested 44th Assembly District, was being written off by the Assembly Republican Caucus. That was supported by grumblings from GOP sources and campaign finance reports showing the Ventura County pastor at a substantial financial disadvantage to Democrat Jacqui Irwin, a Thousand Oaks councilwoman and two-time mayor.

But political campaigns can change in an instant — or however long it takes to complete a wire transfer. 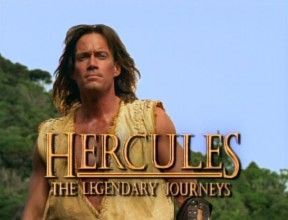 In addition to party funds, McCoy received contributions from Assemblyman Brian Dahle, R-Redding, the New Majority CA and even a $2,000 check from Kevin Sorbo[3], the star of the 1990s television hit, “Hercules.”

The largest contribution to McCoy’s campaign on Friday was a $132,000 check from the Republican Central Committee of San Luis Obispo. The party committee has acted as one of the primary financial vehicles for state Republicans in the past few campaign cycles. The committee’s largest contributor is GOP super-donor Charles Munger Jr. Recently the party has accepted checks from Farmers Group, Motor Vehicle Software Corporation, Anthem Blue Cross and the Yocha Dehe Wintun Nation.

Since Oct.  1, McCoy’s campaign has reported $293,975 in campaign contributions. That means in the first four days of October, McCoy raised more money than during the entire primary campaign. According to state campaign finance records, McCoy raised $277,762 through[4] the first six months of the year.

The big money moves are an indication the Assembly Republican Caucus is committed to holding the Ventura County-based seat.

[5]McCoy told CalWatchdog.com on Friday he’s grateful to have the full backing of Asssemblywoman Kristin Olsen, the Modesto Republican slated to take over as leader of the caucus later this year.

“Running for this office as a conservative, Kristin Olsen has been a tremendous help,” McCoy said. He described Olsen as “one of the best” in Sacramento. “I’m thankful for her support. She’s been nothing but helpful.”

That help included a $4,100 max-out contribution over the summer, which has yet to appear on campaign finance disclosure reports. Olsen’s contribution didn’t show up in the state’s campaign finance database because it occurred in the five-week window between[6] the semi-annual campaign report and the 24-hour election cycle reporting period, which began Aug. 6.

Today, Oct. 6, marks the deadline to file campaign reports for contributions received from July 1 to Sept. 30.

According to her pre-election report filed late Sunday night, she received $447,990 in campaign contributions from Democratic Party committees since Jan. 1. Much of those funds can be traced back to the state’s powerful labor unions.

“She has demonstrated leadership in protecting pensions, investing in law enforcement and concern for working people, while other cities were implementing drastic cuts,” longtime Democratic activist and union leader Hank Lacayo[10] said in his endorsement of Irwin earlier this year. “She has proven that we can trust her to fight for seniors, children and working families as a member of the California Assembly.”

With the election just four weeks away, the McCoy-Irwin battle has become a bellwether on the future of the California Legislature and the GOP desire to break the Democrats’ Assembly supermajority[11].