SD 35 gets to vote twice 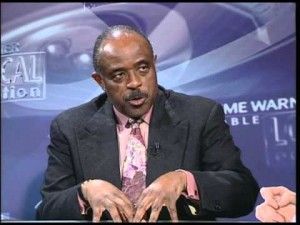 Voters in Senate District 35 will get to vote twice — first in the Nov. 4 general election, then again on Dec. in a special election to fill the seat of former state Sen. Rod Wright, who resigned his seat last month[1] after being convicted of voter fraud and perjury.

If no candidate wins 50% of the vote plus one, a runoff election will be held Feb. 10.

Three candidates have already emerged for the contest: Assemblyman Isadore Hall III (D-Compton), Assemblyman Steven Bradford (D-Gardena) and perennial runner-up candidate Merv Evans, a Democrat who received 27% of the vote in his last challenge to Bradford.

Staff are available to assist you with information and services.

Wright is the only one to resign of the three Democratic state senators indicted this year on corruption charges. According to the Chronicle[3]:

Sen. Leland Yee, a San Francisco Democrat, and Sen. Ron Calderon, a Los Angeles-area Democrat, are facing unrelated federal corruption charges. Like Wright, they were suspended but continue to hold office with full pay, making them of no use to constituents.

The three cases have been casting a shadow across the state Capitol.

The cases also have prevented Democrats from keeping the supermajority they won in the 2012 State senate elections. Although Wright’s replacement also will be a Democrat, if the replacement election will be drawn out to Feb. 10, the return to supermajority status might be delayed until then — or even later if the other two corruption cases remain unresolved.

It’s also possible Republicans might pick up a couple state Senate seats on Nov. 4, preventing the Democratic supermajority no matter the disposition of the three corruption controversies. Indeed, the election might show that the tainting of Democrats by these three scandals cost them some legislative seats.