Do tiered water rates save water? 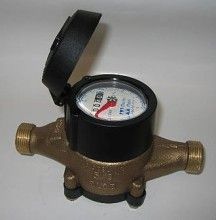 But a study by CalWatchdog.com of comparable water rates in Orange County indicates tiered water rates do not clearly result in demonstrably lower water usage. Similar studies in other states show the same thing.

The prevailing notion by water experts is that raising water rates increases conservation. For example, the Pacific Institute is dedicated [1]to “sustainable communities.” A recent Need to Know fact sheet[2], made in a partnership with the Alliance for Water Efficiency[3], explained:

“Conservation pricing provides a price signal to customers to use water efficiently, and can be achieved through a variety of volumetric rate structures,” including “Tiered rates in which the volumetric rate increases as the quantity used increases.”

Tiered rates increase the cost of water with higher usage.

“The adoption of water pricing structures alleged to promote water conservation (e.g., increasing block rates) does not lead to expected results as in our sample (13,447 observations) consumption increased by 5-6 percent (significant at the 1 percent level) after the change occurred… . The “more water conserving” … exert(s) a counterproductive effect and correspond(s) with higher average daily water consumption.”

Ranked by Water Use Per Person Per Day

Tustin, with tiered rates, uses 115 gallons of water per person per day.

By contrast, the Mesa Water District (Costa Mesa) and Huntington Beach, with flat water rates, use 95 and 88 gallons per person per day, respectively.

Lower water use should result in a higher proportion of apartment units (which typically use less water).

Higher water usage should result from a higher percentage of cheap groundwater used (lower prices may induce higher use).

And higher water usage should result from a higher number of persons served per water meter hookup (from master metered apartment buildings).

Yet, considering all these factors, there is no clear evidence that tiered water rates conserve water.

Those water districts that use punitive tiered water rates justify their higher rates by marketing their water-rate policy as bringing greater water conservation of a scarce commodity. Conservation is used as a marketing strategy[7] to raise water rates, not necessarily as a real way to save water. A study by the UCLA Anderson School of Management[8] in 2010 found that water conservation was due to social norms, not water rates.

Conversely, those water districts that use flat water rates tend to see themselves as providing a basic service at the lowest cost possible.