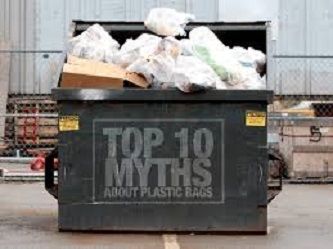 The Attorney General’s Office of the state of California has a long, ugly history under Kamala Harris, Jerry Brown and Bill Lockyer of writing ballot language[1] that pushes voters[2] one way or the other — always to the benefit of Dem stalwarts like public employee unions, trial lawyers and environmentalists.

But not when it comes to efforts to roll back the newly enacted ban on single-use plastic bags:

The Attorney General of California has prepared the following title and summary of the chief purpose and points of the proposed measure:

REFERENDUM TO OVERTURN BAN ON SINGLE-USE PLASTIC BAGS. If signed by the required number of registered voters and timely filed with the Secretary of State, this petition will place on the statewide ballot a challenge to a state law previously approved by the Legislature and the Governor. The challenged law must then be approved by a majority of voters at the next statewide election to go into effect. The law prohibits grocery and certain other retail stores from providing single-use bags but permits sale of recycled paper bags and reusable bags.

That looks pretty neutral to me. Good for Kamala Harris.

Meanwhile, the propagandists are at it again, pretending that the case is overwhelming for the ban, instead of extremely mixed. This is from a sneering Sac Bee editorial[3]:

It’s a true if gruesome fact that chickens that have been relieved of their heads sometimes run around for a while before they quite realize their irreversible predicament.

That appears to be happening to the plastic bag industry. It would explain why it hasn’t figured out that the ubiquitous single-use plastic grocery bag has just suffered a killing blow. Its days are numbered.

The very day the governor signed a statewide ban on single-use grocery bags, Sept. 30, the industry filed papers to start the process for a referendum. If it qualifies by gathering enough signatures, it will delay the July 2015 implementation of the ban until it can be decided by voters during the November 2016 election.

Then, the industry will spend many millions of dollars to try to trick Californians into thinking that it’s a good thing that billions of single-use plastic bags are clogging up our storm drains and rivers, tangling up in our native flora, filling up the oceans and doing God only knows what other environmental mischief.

The truth is not what Californians have been told

I defer to Jay Beeber’s assault on this green propaganda. This is from Reason’s website[4] in 2012, when a bag ban was being considered in Los Angeles:

Proponents give three reasons for the bag ban. They claim it will reduce the amount of waste entering landfills, reduce litter on streets, and “help protect the environment.”

But banning free grocery bags will not achieve those lofty goals.

First, banning free plastic grocery bags won’t reduce waste. California’s Statewide Waste Characterization Study [pdf] shows that “Plastic Grocery and Other Merchandise Bags” consistently make up just 0.3 percent of the waste stream in the state. That’s three-tenths of 1 percent. In comparison, organic waste such as food and yard clippings makes up 32 percent while construction debris comprises about 30 percent. The effect of eliminating free grocery bags on the amount of waste generated in the city would be insignificant.

Second, despite misleading claims from environmental groups and the L.A. Bureau of Sanitation, banning free plastic grocery bags won’t do much to reduce litter in the public commons. Litter studies from across the country demonstrate that, on average, plastic retail bags make up about 1 percent to 2 percent of all litter.

Third, banning free plastic grocery bags won’t reduce our consumption of foreign (or domestic) oil. L.A.’s Bureau of Sanitation claims [pdf] that “approximately 12 million barrels of oil go into the US supply of plastic bags.” But plastic bags made in the U.S. are not derived from oil; they’re made from a byproduct of domestic natural gas refinement. Manufacturing plastic grocery bags does not increase our need to import oil, and banning them in Los Angeles or anywhere else will not reduce US oil consumption.

Despite claims that plastics threaten our oceans and sea life, there is no evidence that free plastic grocery bags make up any significant portion of the plastic waste found on beaches or in the ocean. In fact, reports from environmental groups doing beach and ocean clean-ups show that plastic bags make up only about 2 percent of the debris.

The Bee acknowledges none of this. When you have a deep commitment to your faith, you don’t sweat the details. And, in the Bee’s case, you mock and taunt the heretics.