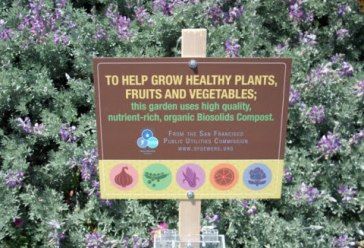 If a recent San Francisco Chronicle[1] story is right, the problem posed by carbon and other greenhouse gases accumulating in the atmosphere — which most scientists think will play havoc with the climate — might just have a cheap, low-tech solution.

A compost experiment that began seven years ago on a Marin County ranch has uncovered a disarmingly simple and benign way to remove carbon dioxide from the air, holding the potential to turn the vast rangeland of California and the world into a weapon against climate change.

The concept grew out of a unique Bay Area alignment of a biotech fortune, a world-class research institution and progressive-minded Marin ranchers. It has captured the attention of the White House, the Brown administration, the city of San Francisco, officials in Brazil and China, and even House Republicans, who may not believe in climate change but like the idea that “carbon farming” could mean profits for ranchers.

Experiments on grazing lands in Marin County and the Sierra foothills of Yuba County by UC Berkeley bio-geochemist Whendee Silver showed that a one-time dusting of compost substantially boosted the soil’s carbon storage. The effect has persisted over six years, and Silver believes the carbon will remain stored for at least several decades.

The experiments were instigated by John Wick and his wife, Peggy, heiress to the Amgen biotech fortune, on a 540-acre ranch they bought in Nicasio. …

The research showed that if compost from green waste — everything from household food scraps to dairy manure — were applied over just 5 percent of the state’s grazing lands, the soil could capture a year’s worth of greenhouse gas emissions from California’s farm and forestry industries.

This sounds almost too good to be true, but the article emphasizes the project’s bona fides and notes that it has already been recognized[2] by the White House, among many other signs that it is legit. And there’s still more good news.

Unlike high-tech geo-engineering schemes to pull excess carbon dioxide from the air and stick it in old coal mines or under the ocean, applying compost is a simple way of creating what scientists call a positive feedback loop.

Plants pull carbon dioxide from the air through photosynthesis and transfer a portion of the carbon to the soil through their roots. Soil microorganisms then turn the carbon into a stable form commonly known as humus.

This not only sequesters the carbon but improves the soil’s fertility, boosting plant growth and capturing more carbon while also improving the soil’s ability to absorb and retain water. …

Rattan Lal, director of the Carbon Management and Sequestration Center at Ohio State University … considers it essential to restore carbon to the world’s soils, regardless of whether it combats climate change. “The other reasons are much more pressing,” he said. “Food security, water quality, biodiversity, other environmental issues are related to soil. And in addition to all that, it does also offset some of the carbon emitted by fossil fuel combustion.”

What’s interesting here is how greens will react if this approach is remotely as promising as it looks.

If they really are driven just by a goal of protecting the natural environment, they will embrace this as an obvious, easy way to contain the problems posed by greenhouse gas emissions.

But if they are the greens who sometimes seem to see environmentalism as akin to a religion in which fossil fuels are the devil, they won’t like this at all — because it will take away their key arguments against fossil fuels.