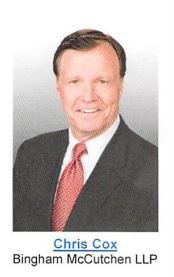 COSTA MESA — Federal regulators are repeating the same easy-money mistakes that led to the Great Recession. So warned five housing and banking experts today at a Breakfast Panel [1]discussion before local business and community leaders at the Westin South Coast Plaza. The event was sponsored by the Forum for Corporate Directors[2] and the Pacific Research Institute[3], CalWatchdog.com’s parent think tank.

The panel was moderated by FCD Chair Chris Cox, a former chairman of the Security and Exchange Commission and former longtime U.S. congressman from Orange County. Cox said the Nov. 4 election “will have an impact on everything, from health care to financial regulation.”

He pointed to the 2010 Dodd-Frank financial reform, which passed without a single Republican vote in the Senate or House. Although the bill was supposed to make another financial crash less likely, instead it imposed 2,379 new pages of regulations on banks and other businesses – yet just yesterday spurred the relaxation of housing lending.

The spotlight passed to Daniel Gallagher, one of two members of the U.S. Securities and Exchange Commission who yesterday objected to the new relaxation. “Three U.S. agencies signed off on relaxed mortgage-lending rules Wednesday, helping complete a long-stalled provision of the 2010 Dodd-Frank financial law,” the Wall Street Journal reported this morning[4]. “Two Republican SEC commissioners, Daniel Gallagher and Michael Piwowar, objected to the rules.” The three approving agencies were the Federal Reserve Board, the Securities and Exchange Commission and the Department of Housing and Urban Development.

The paper quoted Gallagher, “Today’s rule-making takes the untenable housing policy that injected irrational exuberance into mortgage lending and, as a result, caused a catastrophic financial crisis and chisels that failed policy into the stone tablets of the code of federal regulations.” 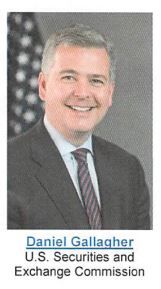 At the event in Costa Mesa, Gallagher said that, when reforms were proposed in 2011, a 20 percent down payment was going to be required for loans. But yesterday’s action dropped that to zero percent. “Here was a chance to make right what was wrong in the sub-prime bubble” of a decade ago, he said, when a similar easy-money policy first hit the housing market, then cascaded through the capital markets.

Gallagher also said the Dodd-Frank bill made the mistake of regulating the capital markets, which raise investment money, the same as banks. Which means bank regulators will be in charge of investments. The problem, Gallagher said, is that “bankers don’t understand other types of regulation.”

Dodd-Frank’s deficiencies also were highlighted by Paul Atkins, CEO of Patomak Global Partners and a former SEC member. He referred to “The Fatal Conceit: The Errors of Socialism[5],” the final book of Nobel economics laureate Friedrich Hayek.

For Hayek, the “conceit” was that a group of really smart people could run millions of people’s lives better than they can themselves. Dodd-Frank’s fatal conceit, Atkins said, was to “get all the best people in Washington together and make the capital markets stable. But they’re inherently unstable. That’s the underlying falsity of the Financial Stability Oversight Council[6],” one of the new bureaucracies Dodd-Frank created. 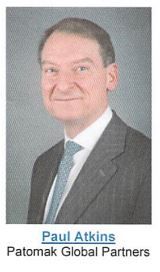 Atkins was seconded by Brian Cartwright[7], a senior advisor at Potomak and former general counsel at the SEC. “The powers of the FSOC are broadly and vaguely enumerated,” he said. He pointed back to 50 years ago, when banks were the primary investment vehicle in America. By contrast, today “80 percent of financing comes from capital markets, not banks. There is a tension between traditional banking and capital markets, and it’s not just the U.S., it’s global.”

He said banking regulation was “fairly good,” and has to be because banks “leverage” deposits – meaning leading out money – at 10 times deposits. So stiffer regulation is needed to make sure the deposits are lent out responsibly.

By contrast, capital market leveraging is much smaller. “The notion you would impose bank regulation on this is pretty wild stuff,” he cautioned. “I’m hoping this won’t happen.”

“This is worse than the Fatal Conceit,” charged Rep. Ed Royce[8], R-Calif., the senior member of the House Committee on Financial Services and the chairman of the Committee on Foreign Affairs. “It’s not just a bank-centric model of regulation, it’s more like a utility.”

By that, he meant government was allowing banks to gain a certain profit for a highly regulated service, such as electricity or water. But that means, “You’re not allowing bankers to be bankers. And you’re putting such additional costs on local community banks, you’re allowing them to be gobbled up” by the big banks that more easily can absorb regulatory costs.

Royce said now is the time for reforming the Dodd-Frank reform because “my Democratic colleagues are getting skittish about waiting for the economic recovery.” His analysis of the economic situation was confirmed a couple hours later at the latest Cal State Fullerton Center for Economic Analysis forecast. “Mediocre growth seems to be the new norm,” said director Anil Puri, as reported in the Orange County Register[9].

Royce continued that the over-regulation of Dodd-Frank was “seeping out into the rest of the capitalist system,” retarding growth.

Royce said some action could come in the lame-duck session of Congress after the Nov. 4 election. But if Republicans take over the Senate, the real action would come next year. President Obama could veto any potential straightening out of the Dodd-Frank regulations. But if some Democrats join with the potential Republican majority to comprise 2/3 of both houses, “presidents tend to take a second look at such legislation.”