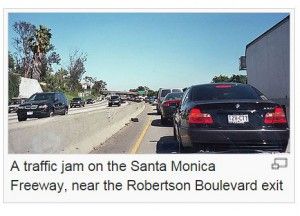 From roads to bridges and well beyond, California’s neglected infrastructure won’t receive relief this election cycle.

For years, the state has lavished money on other projects — especially public pensions. Despite a flurry of bad press surrounding the crushing burdens those pensions place on cities and municipalities, the trend is set to continue.

When voters go to the polls next week, they’ll face a dizzying array of proposed tax increases. All told, Californians must contend with 140 different ballot proposals, largely because of pension-imposed budgetary pressure.

Pensions have climbed steadily upward while infrastructure has crumbled away, according to findings published in the Sacramento Bee. “Six-figure pensions for mid-level public servants have brought the state to the point where one out of every nine state and local tax dollars goes to pay for pensions,” wrote[1] Mark Blucher. In 1994, he noted, the figure reached just one in 16 tax dollars. “Tax increases now do not increase government services, but simply service government pensions.”

The Golden State’s infrastructure needs have become critical. To repair its local roads, California must make up a budgetary shortfall of $1 billion annually — amounting to $78.3 billion in total, according[2] to the new California Statewide Local Streets and Roads Needs Assessment Report.

And although some 40 percent of state bridges need repair, as the American Society of Civil Engineers estimated, about one-fourth of California’s pensions are still unfunded, Blucher observed. To reverse the tide of funds ebbing away from infrastructure, he suggested, cities faced with bankruptcy and debt restructuring would need the authority to renegotiate contracts with public employee unions.

The quest for that kind of authority, which reformers have urged for years, has been stopped short in the days before November’s election. Recently, creditors affected by the city of Stockton’s bankruptcy challenged the so-called “California rule” that has long protected public union contracts from renegotiation in times of fiscal trouble.

Franklin Resources refused to take a haircut that yielded pennies on the dollar while Stockton’s public pensions remained completely protected. Initially, the bankruptcy judge hearing the case, Christopher Klein, seemed to side in principle with Franklin. He ruled that the California Public Employees Retirement System was not constitutionally immune from the kind of cuts imposed by cities entering into bankruptcy.

But Klein reserved himself on the right to rule in favor of a deal in which CalPERS was spared anyway. In fact, that is precisely what Klein did in his final holding. Deciding that “workers would be the real victims” if CalPERS were not shielded from liability, yesterday Klein authorized[3] Stockton to simply reduce public workers’ pay, affecting pensions only indirectly.

Although Franklin has vowed to consider its next steps, policymakers have already concluded that the lid has not been blown off of the legal prejudice in favor of public pensions.

No end in sight

With the Stockton case tipping in CalPERS’ direction, pension reform in California has been thrown into doubt.

New reports recently revealed that ever-increasing sums of money have flowed from Sacramento into the fund’s coffers. Last year alone, according[4] to the Los Angeles Times, CalPERS received more than $8 billion in government cash, quadrupling its haul over the course of the past 10 years.

CalPERS, the Times reported, voted in August to adopt 99 new types of pension bonuses.  Meanwhile, its gap between current resources and pension promises has hit an estimated $100 million.

Gov. Jerry Brown, whose administration tried and failed this summer to prevent pension spiking by the fund, has ordered another round of investigations into whether the perks are “legal and appropriate,” according to the Times.

Meanwhile, as anyone who recently has driven on California’s once world-class roads has found out, the asphalt keeps crumbling.