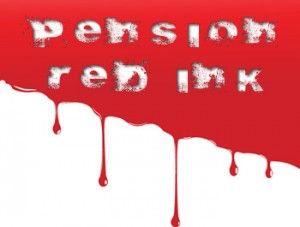 Despite the ridicule heaped on bonuses offered public workers for simply doing their jobs – just one prime example: a librarian earning a bonus for helping members of the public find books – the California Retirement System board last week made sure the bonuses added to salaries will be part of pension calculations.

While the exact cost to taxpayers is uncertain, the price tag for pensions because of this move is certain to go up. State and local governments have contributed four times to CalPERS what they contributed just a decade ago.

Or as an official with the Wall Street rating service Fitch was quoted in a recent Los Angeles Times article[1] concerning the 99 new bonuses that increase pensions, “Cities and taxpayers will undeniably face higher costs. Pensions are taking a bigger share of the pie, leaving less money for core services.”

So, what’s the magic formula officials and activists look to cover these increased costs? Taxes.

They’ll never say that, of course. They’ll argue that new tax money is needed for direct services for residents. But the bonuses, which appear less than deserved, and their inclusion in the pension calculations, show there is little regard for taxpayers.

As the Times article noted, “With $300 billion in investments, CalPERS estimates it still needs an additional $100 billion from taxpayers to deliver on its promised pensions to 1.7 million public workers and retirees. That amount would be enough to operate the 23-campus California State University system for 16 years.”

Expect a push for more taxes.

Money in government budgets is fungible to some extent. If you cover specific agency costs with a tax increase, that frees up general fund money for other items, including pensions.

There are groups of activists who are spending time right now trying to figure out how they can convince voters to agree to a number of tax increases all at once on the 2016 ballot – an extension of Proposition 30, a property tax increase for commercial property, an oil severance tax, a cigarette tax, to name a few.

If and when you see those tax increases on the ballot, think pensions.

Until there are reforms put in place in the pension system so taxpayers are not forced to cover someone else’s unreasonable pension costs – like costs tied to bonuses that are part of the job description – while struggling to save for their own retirement, the argument for more tax revenue is impossible to justify.

A sidebar to the Times article listed some of the 99 bonuses that will boost pensions. You can find them here[3].