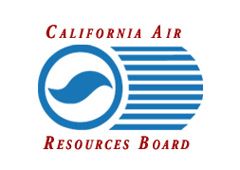 The California Air Resources Board[1] rejected pleas at its latest meeting to delay bringing transportation fuels into the cap-and-trade[2] program – despite arguments that it will result in higher gas prices, cost thousands of jobs and harm the state’s poorest residents.

Cap-and-trade was launched in 2012 as part of AB32, the Global Warming Solutions Act of 2006[3], which has the goal of reducing greenhouse gas emissions in the state to 1990 levels by 2020. Cap-and-trade began by mostly affecting electric utilities and large industrial facilities. In January the program will also include transportation and natural-gas fuel suppliers.

Bill McKinney, representing the California Drivers Alliance[4], presented CARB with petitions that he said were signed by more than 115,000 Californians asking for a delay in bringing transportation fuels under cap-and-trade.

“Bringing transportation fuel into the cap-and-trade program will be the first time most Californians will be exposed to the direct impacts of California’s climate change policies,” McKinney told the board Oct. 23. “We can tell you the overwhelming majority of California’s 23 million motorists will be directly impacted by this regulation, are unaware it is coming and will have no idea why they are seeing their fuel costs rise.

“We believe this regulation amounts to a hidden gas tax on consumers. ‘Hidden’ because there has not been any significant effort to educate consumers. And a ‘tax’ because it will transfer billions of dollars from the pockets of fuel producers and fuel users to the state of California.”

He cited a CDA-commissioned study[5] which, he said, “concludes the higher cost associated with this regulation will result in the loss of 18,000 jobs in 2015 alone and nearly $3 billion in lost economic output at the low end of the impact range. At the upper range, job loss could reach 66,000 and economic dislocation $10 billion.

“It seems to us entirely appropriate and reasonable to ask that a program of this magnitude, with an impact as far-reaching as it will have, be subjected to a more open and transparent process before it goes into effect. For these reasons we ask that you delay the program and undertake a public education program to inform California consumers why and how it is being implemented. We would also ask that CARB provide the public one or more opportunities to be heard on this important issue.”

Also pleading for a delay was Tupper Hull, vice president of the Western States Petroleum Association[6]. His organization commissioned a white paper[7] that cited several “design flaws” in the cap-and-trade program. They include “the infrequency of auctions, ARB’s cost-containment policies, ARB’s approach to markets and the rule of law, and the program’s relationship to impending federal GHG [greenhouse gas] regulations.”

“Our association does not and has never opposed the use of market-based systems like cap-and-trade to reduce greenhouse-gas emissions,” said Hull. “What we have said consistently is that those programs must be fair, must be efficient and must be designed properly to provide the maximum benefits at the lowest possible cost.

“We are also not asking the board … to repeal the regulations expanding the program. We are asking for a delay. We also do believe as well that Californians are not well informed about this program. Nor are they prepared. Learning about it through higher costs that could very likely appear at the retail level could have a negative impact, clearly for our members, but also for the board and the state in the ability to achieve the environmental goals that you want to achieve.”

Their pleas fell on unsympathetic ears. Chairwoman Mary Nichols[8] disagreed that CARB has not provided opportunities for the public to be informed and heard on the cap-and-trade program.

“If you’re interested, I’m happy to supply you and the members of your organization with a list of 12 publicly noticed meetings and workshops that were held by the Air Resources Board, all of which were attended by representatives of the industries that are a part of your coalition as well as people who are consumers of gasoline in this state, including ourselves,” Nichols said. “As well as copies of detailed testimony that was submitted by WSPA on this entire issue going back as far as 2009. So I think in the interest of fairness you should take a look at that as well.”

He also disputed the idea that the state treasury is the sole beneficiary of the cap-and-trade revenue.

And Gioia, who is a Contra Costa County supervisor, pooh-poohed the notion that the public purposely has been kept in the dark about something that could affect the price of gas at the pump.

“Frankly, coming from a county that regulates the safety of several oil refineries, we understand that when a refinery has a maintenance turnaround, an industrial accident, the public’s not aware of those incidents around the state, yet the price of gas often will go up,” he said. “If you live in Fresno, you may be paying an increased price of gasoline….

“That’s not noticed to the public. So this idea that there’s not notice to the public just seems ridiculous. There was discussion for years about this program. And as we all know, the price of gasoline is volatile and is due to many different factors: market supply, demand, maintenance, all of these things.”

Stanley Young, CARB director of communications, confirmed via email that the issue will not be reconsidered or agendized before January.

“We are moving forward with the program according to the timeline for its implementation that has been known to all stakeholders at least since 2011 when it was adopted by the board,” Young said. “The cap-and-trade program, including the element of putting fuels under the cap, has been discussed at length, and commented on over the last six years while the program was under development, including detailed comments by WSPA.  This includes public workshops and at least two meetings of the Air Resources Board.

“Two of California’s major economic sectors – industry and electrical generation – have been in the program since 2012. And it would be unfair for them to shoulder the burden of the program alone without also including the largest source of greenhouse gases in the state, namely the transportation sector – responsible for 40 percent of total greenhouse gas emissions.

“Moreover, to date 156 million [cap-and-trade] allowances for 2015, 2016, 2017 have been bought by companies that, knowing the timeline of implementation, considered the fact that fuels would come under the cap in January 2015 as designed.”

Also at the meeting, regional officials from around the state asked CARB for more time, funding and flexibility to meet the state’s greenhouse-gas emission-reduction targets. The state has been carved into 18 metropolitan planning organizations with different reduction requirements and deadlines depending on the size of the organization. It was a discussion item, so no action was taken.