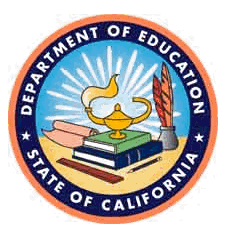 Polls have shown the race between Superintendent of Public Schools Tom Torlakson and fellow Democrat Marshall Tuck to be within the margin of error, but I’m hearing there was a big infusion of CTA funds to run attack ads Monday night. That suggests internal polls have the Torlakson camp worried.

But a Field Poll[1] from last week may worry Tuck’s camp. This is from the Contra Costa Times:

Torlakson leads by 7 percentage points among white voters — who the poll finds account for 70 percent of the likely electorate — but Tuck leads by 13 points among Latino voters and by a whopping 38 points among African-American voters.

Bruce Fuller, a UC Berkeley education professor, said “working-class Latinos and blacks are not at all happy with their neighborhood schools, so it appears they’re backing the insurgent candidate.”

In the long run, this is gigantic bad news[2] for Democrats — a split between minority voters and teachers unions, two of the party’s most essential blocs. But this election, this dynamic may haunt Tuck, because turnout is expected to be much lower among Latinos and blacks.

Here are more basic election numbers from the California Secretary of State’s Office: