It’s going to be a very long night for California political observers.

From the Bay Area to Los Angeles, Republican candidates for State Assembly[1] posted stronger-than-expected results in early election returns. But, it still remains too early to tell whether Democrats will retain their super-majority control of the lower house.

Entering the night Democrats held 55 seats in the lower house of the state legislature, compared to 24 seats for Republicans with one vacancy.

In the 65th Assembly District[2], Asm. Sharon Quirk-Silva, D-Fullerton, was losing by double digits to Republican challenger Young Kim, a congressional aide to Rep. Ed Royce. With 32,596 ballots counted as of 10:39 p.m., the first-generation Korean American immigrant held a commanding 15 point advantage. More than $5.2 million[3] had been spent on the race by both candidates, political parties and independent expenditure committees.

Although Democrats have a 1.7 point advantage in voter registration, the district is considered a “lean Republican” seat, according to the ATC Partisan Index[4], which ranks districts based on their competitiveness in the 2014 election. Kim performed well among absentee voters and benefited from strong support from thousands of Korean voters in the district.

In the 36th Assembly District, Asm. Steve Fox[5], D-Palmdale, was another first-term Democrat in danger of losing reelection.  With 20,053 ballots counted as of 10:39 p.m., Republican challenger Tom Lackey held a 22 point lead. Republicans dispatched their top ground operatives to the Los Angeles County-based district to make up for a disastrous 2012 campaign, which Republicans let slip away with a weak general election campaign. Fox, who won in 2012 by less than 200 votes[6], was pummeled this election with damaging mailers that reminded voters of his ongoing legal troubles[7].

If both Quirk-Silva and Fox are defeated, it would mark the first time in two decades that a Democratic incumbent has lost reelection to the state legislature, according to GOP political consultant Matt Rexroad.

“1994 was the last time a Democrat incumbent lost to a Republican in CA Legislature,” Rexroad, an award-winning political consultant tweeted. “Two will lose tonight.”

If the current trend holds, the two parties would split a pair of open seats at opposite ends of the state, although it remained too close to call either race.

In the 16th Assembly District, moderate Republican Catharine Baker, an attorney from Pleasanton, was leading Democrat Tim Sbranti, the mayor of Dublin, by five points with 31 percent of precincts reporting, as of 10:39 p.m. If Baker’s lead holds, it would give Republicans enough seats to block the Democrats from reaching a super-majority.

Republicans, who traditionally struggle in the Bay Area, dedicated millions of dollars of their limited campaign funds to the competitive race after a brutal June primary. Aided by millions of dollars in independent expenditures by labor unions, Sbranti, a longtime union activist, defeated moderate Democrat Steve Glazer.

Several hundred miles south, Democrats appeared to have picked up an open seat in the 44th Assembly District that was vacated by moderate Republican Jeff Gorell. The Ventura County-based seat featured an expensive race between Republican Rob McCoy and Democrat Jacqui Irwin. As of 10:39 p.m. with 34 percent of precincts reporting, Irwin led McCoy 51.8 percent to 48.2 percent.

Other Democratic incumbents in trouble

Other Democratic lawmakers, including those in safe districts, were in danger of losing reelection.

In the 66th Assembly District, Asm. Al Muratsuchi, D-Torrance, held a 303-vote lead over Republican challenger David Hadley with 10 percent of precincts reporting. The South Bay district was expected to be competitive, in part, because of low voter turnout. 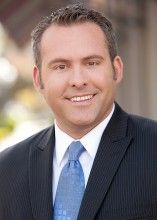 Republicans largely ignored Republican Jack Mobley’s challenge to Assemblyman Adam Gray. A moderate Central Valley Democrat, Gray endeared himself to the state’s business community by occasionally delivering pro-business votes on hot-button issues. But he’s turning out to be a weak incumbent — so weak that Democrats have dropped more than $310,000 in Gray’s depleted campaign coffers.

Three races in safe Democratic districts, in which Republicans spent almost no money, were too close to call.

In the nearby 48th Assembly District, Asm. Roger Hernandez[8],D-West Covina, was clinging to a four point lead over Republican Joe Gardner with 13 percent of precincts reporting. In June, CalNewsroom.com predicted[9] that the race “has all the makings of a last-minute steal for Republicans.”