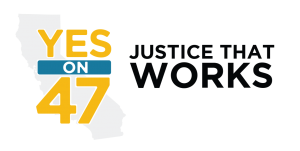 With California’s Proposition 47, advocates of criminal justice reform have created a potent test case for national policy. But financial support for the measure has depended on a tiny handful of influential donors, creating unexpected and uncomfortable questions for both sides about the influence of money in politics.

According to the nonpartisan MapLight research organization, Prop. 47 has raised[1] a total of $5,177,162. Of that sum, reports MapLight, $4,716,891 has come from just 10 donors — some of whom were predictable donors — but some were not predictable.

Among the predictable donors was George Soros, the left-wing hedge fund manager with a long history of bankrolling drug- and prison-reform efforts. Through his Open Society Policy Center, Soros supplied Prop. 47 with nearly $1.5 million. Moreover, as the Los Angeles Times recounted, Soros funneled resources into Vote Safe, an organization created in 2013 to help get Prop. 47 off the ground. Soros, the Times reported[2], arranged to keep a “representative” in place on the organization’s three-person advisory board.

Some of the proposition’s big backers, however, came as more of a surprise. The No. 2 donor, with $1,255,000 in funds, was Public Storage; the sixth, even more remarkably, was Reed Hastings, the CEO of Netflix. Although Public Storage supplied about $1 million more than Hastings, the CEO’s intervention into the controversial measure signaled that Silicon Valley’s tech titans have become increasingly comfortable with political spending.

A surge of tech dollars

In fact, this isn’t the first of Hastings’ expenditures. The San Jose Mercury-News reported[3]:

“Hasting’s stance could represent an evolution when it comes to issue advocacy from Santa Cruz’ best-known business leader. A benefactor of Santa Cruz’ Pacific Collegiate School, Hastings has long backed charter schools, giving nearly half a million dollars last year to groups backing them, after nearly $1.2 million the prior year, according to state campaign finance records. But in 2012, he also donated $1 million to Prop. 30, the Brown-backed tax measure, and $250,000 to another criminal justice initiative, a failed effort to end California’s death penalty.”

A big picture has begun to emerge from the political spending habits of Silicon Valley influentials like Hastings and Parker. Where measures on the California ballot have the likelihood of making a big impact on national policy, it has seemed more likely that confident tech players will intervene on the side of change. High-profile outcomes like the abolition of the death penalty or the legalization of marijuana would fuel powerful media narratives about the nationwide momentum — and perceived inevitability — of such laws.

Prop. 47 has fit[5] into the same basic pattern. According to a Sunday poll released by UCLA and the Times, almost half of respondents supported the measure’s lighter sentencing rules, while only a bit more than a quarter of respondents opposed them. Although the organized opposition to Prop. 47 has been well outspent by Soros, Hastings and company, Californians’ widespread interest in criminal justice reform has reinforced the idea that money in politics has not always proven as important as once believed.

In the wake of the Supreme Court’s divisive decision in the Citizens United[6] case, critics warned that so-called “dark” money, flowing in from undisclosed corporate and individual donors, would damage the democratic process. Instead, not much changed. Organizations and individuals taking advantage of the Citizens United ruling could chalk up few, if any, major victories to the spending opportunities protected by the court.

In some ways, that has shaped up to make Prop. 47’s opponents ironically uncomfortable. California’s big law-enforcement associations, representing sheriffs, police chiefs, highway patrolmen and narcotics officers, have spent thousands against the measure — in some cases, tens of thousands. Yet the largest “outside” donor, at $10,000, is Artichoke Joe’s Casino, a card-gaming club in the Bay Area city of San Bruno.

While Citizens United was broadly interpreted as favoring right-of-center candidates and policies, in California as elsewhere, those presumably outsized benefits have not materialized.

Since spending against Prop. 47 has been so low, even relatively modest investments by the likes of Hastings could go a comparatively long way in shifting public opinion at the margins. More importantly, however, Prop. 47’s supporters have managed to associate themselves with a risky but popular approach to a major new policy that could become a template for national changes.