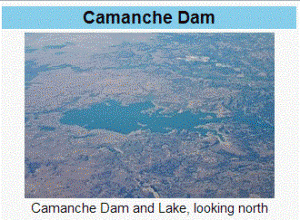 Proposition 1[1] on today’s ballot marks the first time in 50 years California has proposed building at least two new major dams and reservoirs. If voters concur, by 2023 dams would be built with the $7.5 billion water bond.

An important consideration is how the 21 previous water bonds issued since 1970 have fared. That’s when the State Water Project was completed. Over that 44-year time span, California has spent $32 billion (in 2010 dollars) on water projects funded by water bonds.

What have been the benefits?

The problem is that California does not keep any centralized database of program effectiveness and accountability to determine how much existing water was conserved or recycled, nor how much new water was developed.

The State Department of Finance issues a Bond Accountability Report[2], but it mainly deals with financial audits and not program effectiveness.  According to Jon Coupal of the Howard Jarvis Taxpayers Association, state bonds[3] are mostly slush funds that serve as blank checks with no metrics as to how much water was saved or produced.

A compilation of the 21 state water bonds issued since 1979, together with a timeline of water improvement projects completed (see table and timeline below), indicates the following:

In sum, about 352,530 acre-feet of water since 1970 were added to the state water system funded by state water bonds, most of it invisible groundwater, at a cost of $32 billion.

Assuming that an acre-foot of water supports two households per year[13]; and the average California household size is 3 persons. Then California has added about 14.9 gallons of water per day for each additional new person added to the population since 1970.

However, each person generally uses about 149 gallons of water per day.

There is an old saying, “You can’t squeeze water from a stone.” Likewise, history indicates California squeezes little measurable water out of so-called state water bonds.