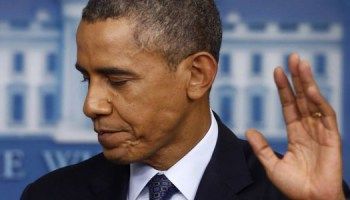 The 2014 midterms have already been dismissed by President Obama as irrelevant because of low turnout. This isn’t entirely self-serving sour grapes. Not just partisans but analysts who have little nice to say about the Obama administration wonder how a Republican candidate can cobble together 270 electoral votes in 2016, given the surge in young, liberal voters seen in the last two presidential cycles.

But on two crucial fronts, the midterms contained very heartening news for the GOP that go far beyond their Senate takeover and their other gains.

The first has to do with megawealthy Silicon Valley. Walter Russell Mead has details:

Silicon Valley is turning red. … the longstanding preference of tech donors for the Democratic party is gradually but steadily reversing, with political action committees associated with large technology companies donating to Republican candidates at a higher rate this election season than they did in 2010. That year, 55 percent of relevant donations went to Democratic candidates; this year, 52 percent went to Republicans. The Democratic party has failed to give Silicon Valley what it wants — in particular, patent reform and a liberalized immigration regime for skilled workers — and Silicon Valley is increasingly returning the favor. …

Silicon Valley as a culture is growing up, transcending its self-image as a refuge for quirky nerds, and coming to terms with what it has long been clear it has become: the home of some of the world’s biggest and most aggressive corporations. Getting your hands dirty with politics is just part of playing the game.

Corporations tend to side with Republicans for bottom-line reasons related to taxes and regulation. There is no reason this shouldn’t happen with giant tech companies, too, so long as Republicans soft-pedal social conservatism, which is anathema in Silicon Valley and other tech communities.

Asian-Americans may be emerging as swing bloc

The other good news for the GOP has to do with the possible emergence of Asian-Americans as a swing vote that decides whom to back on judgments about competence and performance, not on an emotional or ideological preference for the party that is perceived as more inclusive and welcoming to nonwhites. The massive national exit poll[1] funded by a media consortium said 49 percent of Asian voters backed the GOP on Tuesday, up from 26 percent in 2012. That’s a huge shift, far greater than what was seen with other ethnic groups this election.

The man behind Daily Kos depicted this as reflecting anger[2] over President Obama’s inaction on immigration. But that’s not reflected in a 285-page Pew Research Center report[3] on Asian-Americans issued in 2013. It doesn’t show immigration reform as the priority it appears to be in most polls of Latinos. It does show a majority of Asian voters support big government and social tolerance. But it also shows an emphasis on marriage and individual initiative, and a readiness to ascribe personal success or failure to individuals, not society.

This suggests that Asian-Americans won’t be lock-step Democrats. That 2013 analysis is validated by 2014’s election results.