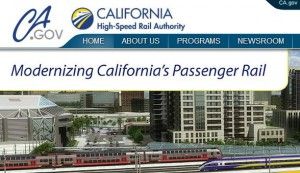 Republicans’ triumph last week in the U.S. Congress already is rippling across the country. Does that bother Gov. Jerry Brown and his push for getting more federal funding for California’s high-speed rail project? So far, Congress allocated only $3.5 billion as part of President Obama’s 2009 economic stimulus plan[1].

“Gov. Jerry Brown played down concerns Thursday about Republicans killing the state’s $68-billion bullet train, saying that ‘they’re going to join the chorus’ in support of high-speed rail once construction around Fresno and Bakersfield gains momentum.”

But he’s going to need all his skills to convince them.

Even with Democrats in control of the Senate, for three years no additional funding was passed for the project. That majority included California’s two powerful, high-seniority senators. Sen. Dianne Feinstein[3] even sits in the powerful Committee on Appropriations. And Sen. Barbara Boxer[4] sits on the Committee on Commerce Science and Transportation and on the Committee on Environment and Public Works.

In the House, if anything the situation is worse. Rep. Kevin McCarthy [5]of the 23rd Congressional District, who became the majority leader in the House earlier this year, just was re-elected with 75 percent of the vote. He staunchly opposes the high-speed rail project.

Other Central Valley Republicans also oppose it. Rep. Devin Nunes of the 22nd District branded it a “trillion-dollar boondoggle.[6]” He just was re-elected[7] with 62 percent of the vote.

On Nov. 7, McCarthy and Nunes were joined by two other California Republicans, Reps. David G. Valadao of the 21 District and Jeff Denham of the 10th District, in writing a letter to Daniel R. Elliott III, chairman of the Surface Transportation Board[8] of the U.S. Department of Transportation. They wrote (full letter reproduced below):

“This project has changed drastically from what was promised to voters, and this is another attempt by the CHSRA to skirt the law.  On behalf of our constituents, we urge you to reject the CHSRA petition and require CHSR to adhere to state and federal laws, as well as any judicial determinations, as it continues to develop and construct high-speed rail in California.”

Trouble ahead from Union Pacific Railroad

Part of the plan of the California High-Speed Rail Authority, which is constructing the train, was to use some existing infrastructure to cut the cost to the current estimate of $68 billion from $98 billion to $117 billion. It’s called the “blended plan[9].”

The CHSRA proposed this for the San Francisco-to-San Jose segment by using the Caltrain tracks, instead of building dedicated tracks for high-speed rail. That modification also would save billions by not having to buy pricey properties along the peninsula stretch.

The catch is, Union Pacific Railroad has vestige rights on that track and has not agreed to the blended system. They have exclusive rights to say yes or no to new interstate passenger rail systems along that corridor. As outlined in the CHSRA’s April 2014 Business Plan[10], it has been unable to get Union Pacific permission for the blended system.

Union Pacific Railroad filed a commentary[11] with the STB:

“In some locations, most notably the San Francisco Peninsula, CHSRA contemplates operating high-speed trains on the same tracks as freight and conventional passenger trains. Blended service would interfere with UP’s existing and future freight operations, including access to existing and future customers.”

In sum, no significant construction has begun for the high-speed rail project because the CHSRA doesn’t have the money, the land, the railroad approvals or the environmental clearances to go forward.

And it also doesn’t have the second funding plan mandated by the July 31 ruling[12] of the 3rd Appellate District Court, which allowed the first segment of the project to go forward.

Such funding is not on the CHSRA’s agenda for November[13]. And the CHSRA is not planning to meet in December[14].

So unless the CHSRA calls a special meeting in the waning weeks of 2014, the project is bumped into 2015, seven years after voters approved it with Proposition 1A[15] in 2008.

Meanwhile, other priorities Brown is seeking to tackle – especially water, education and pension reform – will make increasing demands on a limited state budget. 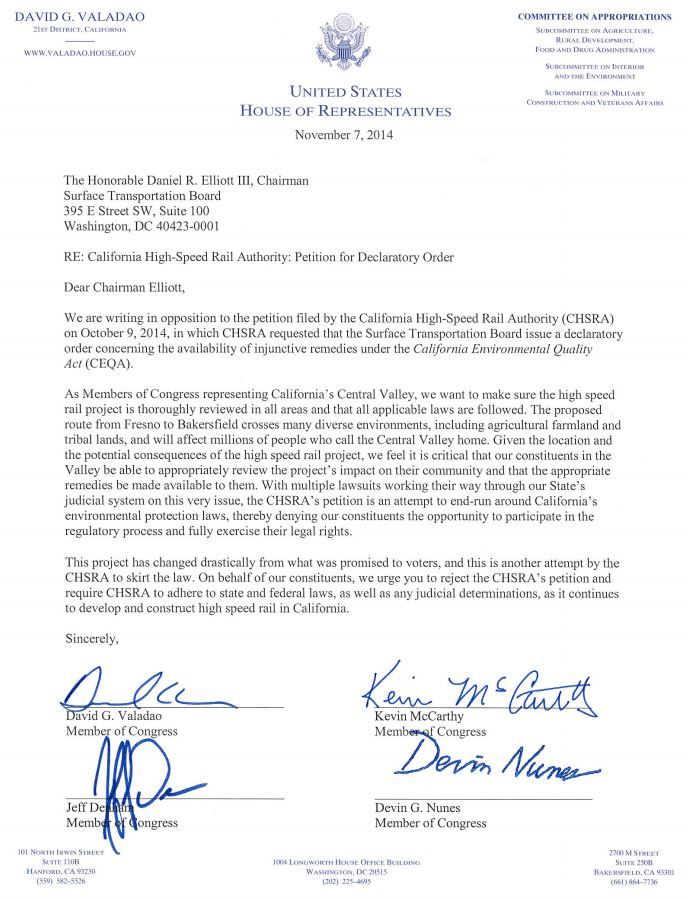