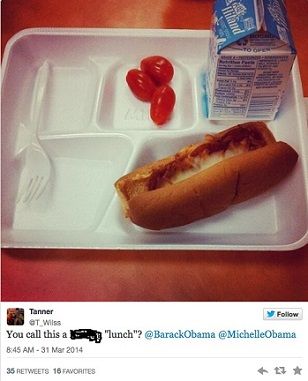 The news this week that UC San Francisco had “unveiled a repository of sugar science[1], designed to collect the evidence against sweetened foods and disseminate that information to the public — and persuade people to boot fructose and most other refined sugars out of their diets to protect their health — and not just their waistlines” got me to thinking about how nanny-state nutrition politics were like nanny-state transportation/energy politics. In the abstract, they sound great. People should eat right! People should ride mass transit! People shouldn’t use fossil fuels!

But when you try to make people live by these ideals, a lot of them don’t like it — including those normally sympathetic to the left. This very much includes the young people inspired by America’s first nonwhite president, whose 2008 and 2012 campaigns evoked idealism and devotion to the greater good.

I appreciate the “tyranny of the anecdote” theory that holds that vivid personal experiences shouldn’t lead someone to exaggerate their relevance. I have to a degree discounted my exposure to how much students and parents don’t like how their local school districts are following an Obama administration edict to make school lunches more healthy.

But ever since the L.A. Times had a story[2] in late 2011 in which students compared their lunches to “dog food,” I’ve paid close attention to the reaction around the nation. Recently, when I did a Google search of such stories, I was struck by their uniformity.

The lead paragraph is almost always about a really meager, unappetizing portion that a school district is offering, with the accompanying photo showing what the gripes are about. The second is usually about a district official defending the lunches and/or saying the Obama administration left it no choice.

And the third paragraph? Usually, it’s a student declaring the lunches were ridiculously small or unappetizing or both.

Journalism convention would be to later return to the question of student perspective and cite a student who defends the Obama policy. But that only can take place if such a student exists.

A think tank that likes the Obama policy says evidence suggests complaints are dwindling[3]. But I still haven’t heard a parent or a student stick up for the policy.

This just might have long-term political effects. Consultants from the mid-1960s to 1972 used to say there was nothing like the military draft to focus the the attention of high school kids. Just about nothing since has caught students’ attention as the Selective Service System has faded from relevance.

Obviously, the stakes aren’t comparable in the student lunch fight. It isn’t about kids possibly dying in a pointless war. But people who focus on the size of the stakes don’t understand how even issues that seem minor can generate intense feelings. There are people who have literally no complaints about Obama besides how their kids hate lunch. There are also people who have no strong feelings about politics but hate the Obama lunch policy because of what their kids say.

Their children seem unlikely to be future voters who will have good feelings about Barack Obama and the Democratic Party.

When I was a student at a well-regarded public high school, there was nothing we griped more about than lunch. The pizza was so awful it seemed like a personal violation. If I thought it was Jimmy Carter’s fault, I would have soured on him sooner than I did.