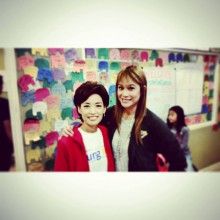 2014 was a solid year for California Republicans. In the state Senate, the GOP prevented Democrats from regaining a two-thirds supermajority.

And in the Assembly, Republicans defeated three Democratic incumbents, which also reversed a Democratic supermajority.

“We unseated sitting Democrats for the first time in 20 years because Californians want positive change and because we had great, hard-working candidates on the ballot this year, candidates who are connected with their communities and know the challenges facing people in their districts,” newly elected Assembly Republican Leader Kristin Olsen told CalWatchdog.com. “They were more diverse than ever – in gender, ethnicity, culture, socio-economic upbringing and background.”

Is the GOP changing? In the Assembly, women make up a greater share of the Republican caucus than the Democratic caucus. Although Democrats hold nearly a two-thirds majority in the lower house, there are nearly as many Republican women (eight) as there are Democratic women (currently 9; or 10 if Patty Lopez defeats Raul Bocanegra in AD 39 in a tight race — Lopez currently leads by seven votes[1]; both are Democrats).

The Friday following the election, Olsen introduced to the Sacramento press the three most talked about new members of her caucus — each of whom has a major achievement by virtue of her election. Catharine Baker is the first Republican to win a Bay Area legislative seat in years. Ling-Ling Chang is the first Taiwanese-American Republican woman to join the Assembly. And Young Kim is the first Korean-American Republican elected to the lower house.

Kim’s election was significant for the Korean-American community and Republicans’ efforts to court Asian-American voters. Kim’s victory, which was front page news in Korean-language newspapers, resonated in Orange County’s  Koreatown and the much larger Koreatown in Los Angeles.
“In particular, the election of Young Kim is being evaluated as a political upset by even the mainstream community,” the Korea Times noted. “In politics, there is a huge advantage of being an incumbent. The probability of a first-time candidate to win over an incumbent is almost impossible. However, Young Kim was able to overcome difficult obstacles and disadvantages and win.”

For the next two years, you can expect Kim to be an almost daily fixture in the Korean-language newspapers, where she’ll be talking about lowering taxes and improving California’s business climate.

“Now that we’ve broken the Democrats’ supermajority in both houses, taxpayers can sleep a little better at night knowing that Proposition 13 is safe, at least for the next two years,” Kim told CalWatchdog.com, referencing the 1978 tax-limitation initiative[2].

She says she’ll focus on creating a business-friendly environment to help spur job creation in California as well as keeping our communities safe by putting a focus on public safety.

If there’s one freshman Republican on the fast-track to leadership, it’s Chang. She’s a smart, articulate assemblywoman-elect with impressive fundraising at a time when Republicans are serious about re-branding the party.

It’d be a no-brainer for Chang to land a spot on the Assembly Health Committee, one of the most coveted assignments in the lower house. An expert on public health, Chang has experience in both the non-profit and for-profit [3]side of health care. She’s worked in the corporate sector training physicians and medical staff at various hospitals across Southern California. 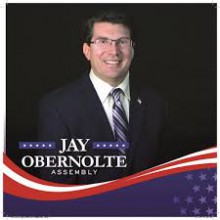 [4]With a spot on a juice committee, Chang would boost her already robust fundraising, which aided GOP targets in November. In the final two months of the campaign, Chang contributed more than $60,000 to party committees and legislative targets, including colleagues Kim, David Hadley, Tom Lackey, Marc Steinorth, Catharine Baker and Eric Linder.

When CalWatchdog.com asked her about the incoming GOP class, she quickly focused the spotlight on her colleagues. One colleague, who is getting buzz as an expert in technology, is Jay Obernolte, a fellow Southern California Republican freshman.

“Jay is one of the smartest, most technologically savvy individuals I know,” Chang told us when we asked about the new freshmen class. “His experience as a software and video game developer and business owner will bring a cutting edge perspective for Republicans to the issues facing California.”

Obernolte, the mayor of Big Bear Lake, founded FarSight Studios, a successful video game company that makes “family videogames[5] for the PlayStation3, Nintendo Wii, Xbox 360, Nintendo DS, Apple iPhone, and the PC.” For a caucus looking to make inroads with Silicon Valley, who better than a video-gaming geek who graduated from UCLA and CalTech?

Republicans also benefit from Baker’s representation of the Bay Area. For years, Republicans have been without any state or federal elected officials in the region. An attorney from Pleasanton, Baker becomes the most prominent Republican official for hundreds of miles in the Bay Area.

In practical terms, that’s a very big deal. It means she’ll be sending out field representatives to PTA meetings, distributing certificates at chamber breakfasts and fielding constituent calls to help with the DMV– all the boring things that win elections.

“Voters sent a message on Election Day that the culture of corruption and one-party rule in the Legislature is unacceptable and not healthy for our state,” Olsen said.

She added, “Now, our Assembly Republican Caucus will take the responsibility voters have given us and work hard together to put California on a better path for ALL Californians in each and every neighborhood.”