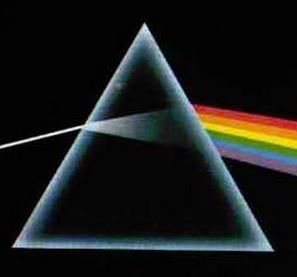 Call it a green-energy glitch.

Central planning of California’s green-energy market has run into a price glitch with the launching of its Energy Imbalance Market[1], which was meant to balance solar power and natural gas power at dusk each day.

Cal-ISO thought it had it all figured out how to balance green solar power, available only when the sun shines, with cheap but constantly available fossil-fuel power (coal and natural gas).  Importing clean hydropower to replace gas-fired power when solar power fades out at dusk was supposed to lower electricity prices.

But California launched its first-ever regional Energy Imbalance Market on Nov. 1[4] only to find out there was a big glitch: Out-of-state energy generators did not submit enough bids to provide sufficient hyrdopower to California, mainly from 4:30 to 6:30 p.m. California time each day.

As CalWatchdog.com[5] reported last week, due to this glitch, natural-gas power had to come to the rescue of the state’s energy market.  California’s grid operator explained that what caused insufficient bids were needed power-plant upgrades, metering[6] issues and outages[7]. But then why was PacifiCorp able to submit bids when others could not?

One explanation[8] is that power generators were fearful of holding their power in reserve for California all day, only to find out the price to clear the market when California needed it at dusk might be less than what it cost them to produce it.

The result is right out of an Economics 101[9] textbook on how reduced supply increases prices: Energy Imbalance Market prices rose. Bloomberg[10] reported the market is “at times creating abnormally high prices … because not enough supply is being bid into the system.”

To respond to the problem of “unrepresentative high prices” for hydropower at sunset hours, on Nov. 13 Cal-ISO[11] petitioned the Federal Energy Regulatory Commission for a waiver of energy-trading rules. Paradoxically, the petition[12] requested permission to relax the $1,000-per-megawatt-hour cap on electricity price bids and accept market-clearing prices that might exceed the cap.

Despite lifting the price cap for power of $1,000 per megawatt hour, Cal-ISO[13] touts that its Energy Imbalance Market market would save market participants $21 million to $129 million annually.

Smaller states and market participants oppose Energy Imbalance Markets because the markets shift the benefits of cheap power to large market participants and higher costs to smaller participants.  If PacifiCorp dams sell power to California for two hours per day at dusk, that is power that its previous customers have to go out and buy in the market, sometimes at higher prices. Utah ends up subsidizing Los Angeles.

Not only has California launched a Western regional green Energy Imbalance Market that is causing the hydropower it buys to be overpriced. It also keeps the air clean in Idaho, Utah, Wyoming and Oregon, but does nothing to clean the air smoggy in Los Angeles, Bakersfield, Fresno or El Centro. And air quality in Idaho, Utah, Wyoming and Oregon, where PacifiCorp operates, is not improved or worsened by selling hydropower to California.

California’s green Energy Imbalance Market is meant to avoid having to buy fossil-fuel-based natural-gas power, but so far has not eliminated the need for natural gas-fired power plants. And the price for backup natural gas power is always much higher because the number of hours it can generate sales is reduced, but its operational costs remain fixed.