Is local tax measure success a sign of things to come?

As usual, Michael Coleman’s California City Finance website[1] has an excellent recap of local tax measures and how they fared in the recent election. Local ballots contained 268 revenue measures — tax increases, tax extensions or bonds — of which 189 passed, or 71 percent.

The two largest categories of revenue instruments were:

In addition, school parcel taxes requiring a two-thirds vote were perfect on Election Day, with all eight passing.

With pro-spending groups making no secret of their desire to raise many different state taxes, does the success of so many local taxes auger well for them?

State and local tax campaigns are fought in different environments. The governments closer to the people have a better connection to local voters and generally are held in higher regard than governments farther away.

In addition, local government support for tax measures skate the line of impartiality. One example cited by the California Taxpayers Association was a 1 percentage-point sales tax in El Cerrito, Measure R[2].  According to CalTax[3]:

“Typical of many cities, El Cerrito mailed a campaign-style ‘Measure R Voter Guide[4]‘ to residents, filled with photos of smiling children and police officers, and providing one-sided ‘information’ about the tax measure. The city’s taxpayer-funded mailing referred to Measure R as the ‘El Cerrito Preservation of Citywide Services Measure.’”

At the Capitol Weekly’s election post-mortem conference, it was often pointed out that California’s electorate is made up of two-thirds progressive voters and two-thirds fiscally conservative voters. Obviously, there is an overlap and the election campaign struggle occurs in the overlapping area.

Voters locally showed a willingness to pay more. If they get their fill contributing to local government budgets, will they draw the line with efforts to raise state revenue?

The success of the local measures will encourage those who want to raise state taxes. The battle will be drawn.

The question is: When will the California voters hit their breaking point? We may find out in the 2016 election. 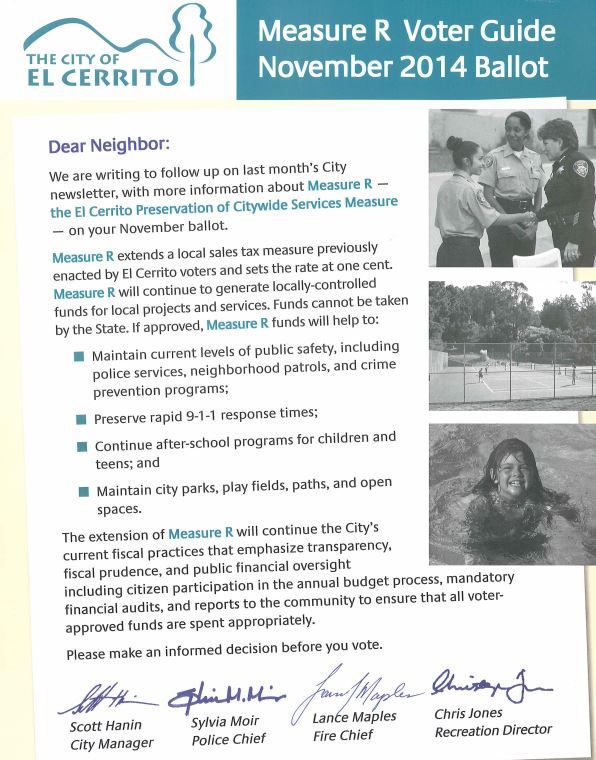