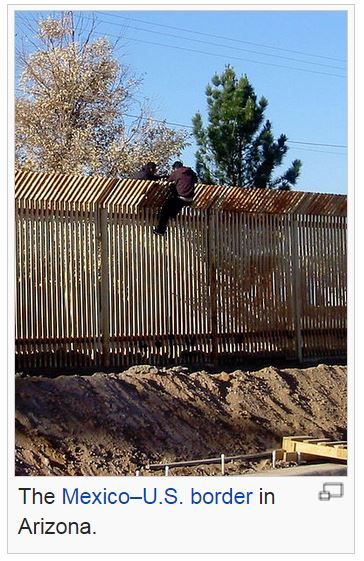 Many Americans across the country have expressed uncertainty or alarm about president Obama’s executive action on immigration, which he will announce tomorrow[1].

However, in California, where millions of illegal immigrants live, a semi-formal version of state-level amnesty has been gathering steam for years. Despite dogged opposition by Republican and Tea Party activists, Sacramento’s slow-motion legalization of the undocumented has paved the way for the White House’s planned moves to receive a much smoother reception than in other state capitols.

Still, the exact details of Obama’s intended actions remain murky, and even among libertarian-leaning immigration doves, his assertion of sweeping executive powers has hit against fierce criticism. Indeed, as the Washington Post noted[2], the president himself previously disavowed the constitutionality of what he may now have resolved to do — insisting he was “not a king” and could not “just suspend deportations through executive order.” Californians have not been immune to the sense of ambiguity surrounding Obama’s shifting immigration policy.

In an interview with the San Jose Mercury News, one illegal immigrant described his discomfort in emblematic terms. Ernesto Perez — a 44-year-old father of four who has spent 19 years residing illegally in the United States — told the paper[3], “Obama is the only hope we have right now. Because three of my kids live with me, I’m always afraid that I will be separated from them. They need me. We need each other.”

Perez’ long undocumented stay underscored just how lax California has been in prosecuting illegal immigration, and for how long. His personal uncertainty, however, confirmed what millions of legal and illegal residents have known about president Obama for years: his willingness to deport. Critics from the left, such as Bill Moyers, have slammed[4] Obama for breaking records with over 2 million deportations during his time in office.

That’s why illegal immigrants in California have depended so much on the Golden State’s incremental approach to legalization. Through a battery of state laws and regulations, Sacramento has given undocumented residents several protective paths toward the kind of status that makes it harder to deport.

With taxpayer money, access has been opened[5] to educational loans for college, legal representation in juvenile court proceedings, driver’s licenses and the practice of law without a Social Security number. The California Supreme Court ruled[6] in January that Sergio Garcia, an illegal immigrant who duly passed the California Bar Examination, could not be prohibited by the state from practicing law; Gov. Jerry Brown authorized Garcia’s license soon thereafter.

A push from activists

California activists dedicated to full legalization have used the state’s legal landscape as a justification for pressing president Obama for sweeping changes. In a typical statement making the rounds, California Immigrant Policy Center director Reshma Shamasunder urged[7] Obama “to move on executive action and end unjust deportations that have caused the separation of families, as quickly as possible. Given the stalling we’ve seen in Congress for so many years, we hope he is bold in his action and covers as many people as possible.”

As KQED reported[8], California’s rules 麻将牌[9] helped swell the immigrant population to its current level, with about half of the children in state claiming an immigrant parent and one in four residents claiming foreign birth. Although legal immigrants have not pushed in a collective way for swift and full amnesty, Latino voters have consistently shown support for some kind of expanded “path toward citizenship,” as policymakers in both major political parties often put it.

For their part, Republicans have warned of consequences if Obama opts against enforcing the immigration laws on the books. Michael Steel, the spokesman for Speaker of the House John Boehner, R-OH, adopted[10] the colorful language characteristic of today’s media relations officials, “If ‘Emperor Obama’ ignores the American people and announces an amnesty plan that he himself has said over and over again exceeds his Constitutional authority, he will cement his legacy of lawlessness and ruin the chances for congressional action on this issue — and many others.”

Rhetoric or reality? With the president’s announcement on amnesty coming tomorrow, the fireworks will begin in earnest. The new, Republican-dominated Senate is seated in January, added to continued GOP control of the House.

Obama is leaving office in two years due to term limits. So in the new year, jockeying to be his replacement will intensify in both the Republican and Democratic parties, with his amnesty possibly the top issue out of the starting gate.