Jerry Brown about to annihilate UC president on tuition hikes 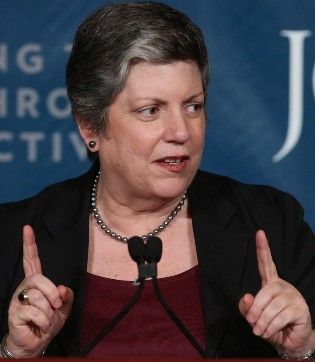 Aficionados of California politics are going to be in for a fun exercise over the next month or two. Gov. Jerry Brown is absolutely going to annihilate UC President Janet Napolitano in their fight[1] over her proposal to get UC regents to commit to five years of annual 5 percent tuition increases unless the university system gets guarantees of state funding hikes.

The latest Bee headline [2]suggests Napolitano may have the upper hand in initial skirmishes. But the former Arizona governor is doomed.

Napolitano doesn’t understand how California politics works. She doesn’t remotely get that the UC president’s office isn’t a political power center. Her job is more for people with a courtier streak than a my-way-or-the-highway streak.

Beyond that, Napolitano is a Golden State newcomer who after 14 months doesn’t have remotely enough political capital to take on a California institution just re-elected in a landslide. She also has no idea how toxic tuition hikes are to the state’s dominant Democrats.

But what is perhaps most tone-deaf of all is that Napolitano has launched this fight even as she defies a new state law that requires UC to be way more transparent about its finances so when it imposes tuition hikes, elected leaders understand why they are impossible to avoid.

I wrote about this angle in Tuesday’s U-T San Diego[3]:

It’s hard to believe any government agency in a democracy would think it had no obligation to disclose essential details about its finances. Yet that has long been the norm with the University of California system and its multibillion-dollar annual budget.

This was supposed to change with enactment of a 2013 state law that requires UC to break down how — and for what — it uses state funding, tuition, research grants and other incoming dollars. This was done to force UC to offer a clear financial case when considering tuition hikes and enrollment changes. Presently, UC officials offer a vague “average cost of instruction” per student instead of a detailed analysis.

Beginning Oct. 1, university officials were supposed to provide such data. Not only has UC refused to comply, it has done so even as UC President Janet Napolitano proposed annual tuition hikes for the next five years.

In an interview with the San Francisco Chronicle, Napolitano insisted UC wasn’t being “defiant.” But she also belittled the law as an inconvenient “budget exercise.”

This is inexcusable. Gov. Jerry Brown and the Legislature need to send Napolitano a clear, strong message that UC must comply with a plainly written — and badly needed — state law.

How long until Napolitano gives up on her tuition-hike push and launches a laughable attempt at face-saving? I’d say the over-under is Dec. 24. She’ll announce her new stance on Christmas Eve at 5 p.m. to hope it minimizes her embarrassment at being massively schooled[4] by Gov. Edmund G. Brown Jr.