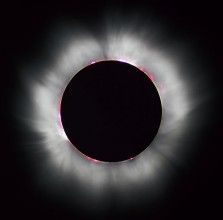 Solar was supposed to be the key “renewable energy” powering California away from dirty old fossil fuels and into the Radiant Future[1]. A 2011 law Gov. Jerry Brown signed [2]mandated 33 percent renewable energy by 2020, now just a little over five years way. He actually said when signing the law, “I didn’t get my name, Gov. Moonbeam, for nothing. I earned it!”

It’s not turning out that way.

“LOS ANGELES (AP) — The largest solar power plant of its type in the world – once promoted as a turning point in green energy – isn’t producing as much energy as planned.

One of the reasons is as basic as it gets: The sun isn’t shining as much as expected.

Sprawling across roughly 5 square miles of federal desert near the California-Nevada border, the Ivanpah Solar Electric Generating System opened in February, with operators saying it would produce enough electricity to power a city of 140,000 homes.

So far, however, the plant is producing about half of its expected annual output for 2014, according to calculations by the California Energy Commission.

It had been projected to produce its full capacity for 8 hours a day, on average.

The commission cited reasons for the low generation: “Factors such as clouds, jet contrails and weather have had a greater impact on the plant than the owners anticipated.”

That reminded me how the Soviet Union, during its 74 years of existence, every year suffered crop failures for which it blamed “bad weather.” Yet its farms in pre-socialist times, especially the rich earth of Ukraine, had been “the breadbasket of Europe.”

As Wayne Lusvardi has reported [4]on our site, the failure of renewables to generate up to expectations has forced the state to rely on out-of-state fossil fuel power (natural gas and coal) and Warren Buffett’s hydropower.

All of that, plus a dysfunctional distribution left over from the 2000 Electricity Crisis, means shockingly record high costs for ratepayers. The San Diego Reader reported:

California residential electricity rates are the highest in the nation — by far. A major reason is that the California Public Utilities Commission, the so-called regulator, schmoozes Wall Street, promising to keep the profits of the state’s publicly held utilities — Sempra Energy, Pacific Gas & Electric, and Southern California Edison — higher than utility profits elsewhere. Those profits come out of ratepayers’ pockets.

So Californians have the worst of both capitalism and socialism: crony capitalist (not free market[5]) price structures and socialist generation mandates.