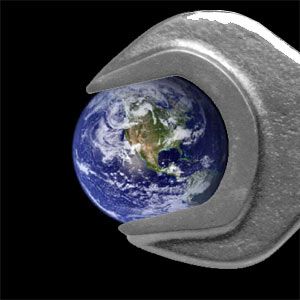 The smartest climate scientists at Google’s Silicon Valley research labs have now joined[1] one of the most brilliant Microsoft techies in concluding that the conventional wisdom about how to fight global warming can’t succeed.

John Seiler[2] and George Will[3], among others, don’t buy climate change conventional wisdom. But the Google scientists, like the Pentagon[4] and even Charles Krauthammer[5], believe that global warming is real, and that humans are contributing to it. However, after years of research, they concluded that the standard policy prescription of encouraging the world to switch to cleaner sources of energy has zero chance of stopping the Earth from continuing to warm. Google engineers Ross Koningstein and David Fork …

… calculated what would happen if Google actually achieved its dream of creating a renewable electricity source (say, geothermal or solar) that was cheaper than coal. A major breakthrough.

That would be a huge deal for climate. More and more electric utilities would switch over to this cleaner source over time. By 2050, the Google engineers’ modeling suggested, US carbon-dioxide emissions would be 55 percent lower than what we’re currently on pace for.

But they also found that this new technology would still be adopted too slowly to avert significant global warming — in part because the technology wouldn’t be cheap enough to displace all the existing coal and gas plants out there that have already been paid for. As a result, the amount of carbon dioxide in the atmosphere would keep rising sharply … . And note that this is a best-case scenario for Google’s original dream … .

It’s interesting to note that Nathan Myhrvold[6], perhaps Microsoft’s most renowned visionary after founder Bill Gates, also thinks out of the climate-change box[7], as detailed in “Superfreakonomics.” (Before going to Princeton for his Ph.D., Myhrvold got bachelor’s and master’s degrees at UCLA while studying mathematics, geophysics and space physics.)

These tech geniuses have followed where hard science has taken them and concluded that even radical reductions in greenhouse gas emissions by the U.S., Japan, South Korea, Canada, Australia, Brazil and Europe won’t matter if China and India don’t act in similar fashion. That’s what I was told in a dry, powerful presentation by Scripps/UC San Diego climate experts … in 2006.

So if you believe that the world is facing doom from global warming, and the tech geniuses say the present approach not only isn’t working but can’t work, than what do you do?

If you’re a rational person, it seems to me that you conclude the only plausible option is a technological fix that captures and/or somehow reduces carbon, methane and other greenhouse gases in the atmosphere. Conventional strategies can’t work, barring politically impossible decisions by China and India to kneecap their economies to solve a problem created by the First World.

But if fighting climate change no longer has as a main theme the demonization of fossil fuels, that will infuriate the green religionists.

Global warming is such a convenient tool for their Gaia-is-god, man-is-bad, anti-growth faith. They’re going to choke repeatedly before they can swallow the idea that mankind’s ingenuity — not its purification — is the only answer to slowing and stopping greenhouse gases from changing the climate.

In the meantime, when is a benevolent tycoon going to offer a $50 million prize to someone who figures out how to practically capture large amounts of carbon?

This sort of research needs to be incentivized and the focus going forward — not feel-good but pointless policies like AB 32.