Is CA prepared for Ebola? 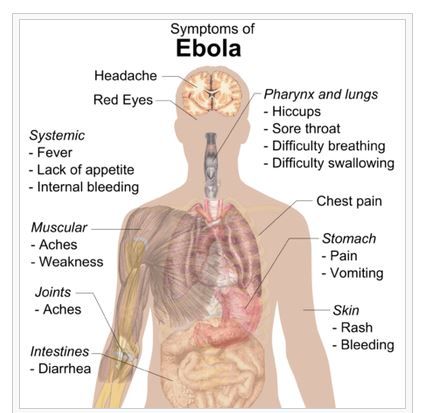 The Ebola virus[1] has yet to hit California, but it’s likely coming, according to state health officials. They say the state is prepared, but nurses on the health care front lines aren’t so sure.

“Given the spread of Ebola in West Africa and world travel, we should not be surprised if sometime in the near future a person in California is suspected of Ebola. And California needs to be prepared,” Assemblyman Richard Pan[2] said in his opening remarks as chairman of a Nov. 18 Assembly Health Committee[3] informational hearing on Ebola.

“Certainly the public is concerned about this disease,” said Pan, who is also a pediatrician at a Sacramento clinic. “In the past months I personally have been asked about Ebola while walking in the community, at meetings and in my clinic. People want reassurance that California is ready, that we will contain the disease and keep their families safe.”

State health officials are monitoring people in California who have traveled to the four main Ebola-infected countries: Liberia, Sierra Leone, Guinea and Mali.

“As of Nov. 17 there are 26 returning travelers being monitored in 12 counties across California, including two returning health care workers,” said Gil Chavez, the California Department of Public Health[4] chief epidemiologist. A total of 58 people have been monitored since the early detection effort began several weeks earlier. “We have reached a steady state where the number of new returning travelers is roughly equal to the number passing the 21-day monitoring period,” he said. “The great majority of returning travelers continue to be in the low-risk category.”

Department of Public Health Director Ron Chapman[5] said “the outbreak we are seeing now is the largest in history.” But he assured the committee that state officials “are working very hard” with both local and national public health agencies to keep tabs on suspected Ebola patients. “We are receiving very, very small numbers of travelers compared to states on the East Coast,” he said. “There’s no suspected or confirmed cases to this point in California.”

But it may be only a matter of time before that changes, according to Bela Matyas, representing the Health Officers Association of California[6].

“From a strictly pragmatic standpoint, given the size and duration of this outbreak in Africa, the risk of Ebola virus disease in California is real,” he said. “Ebola can be imported to California through a visitor from one of the impacted countries, a returning health care worker, or a person infected by Ebola elsewhere in the U.S. If a case of Ebola occurs in California, limited local transmission is possible. Although, obviously, we would do everything we can to prevent that. But sustained transmission of Ebola in California is highly unlikely.”

When those Ebola patients do arrive, hospitals will be ready, according to Cheri Hummel, vice president of disaster preparedness for the California Hospital Association[7], which represents 400 hospitals in the state. “I can attest to them being prepared and ready for an Ebola case,” she said. “California hospitals are required on an ongoing basis to prepare for a variety of emergencies, including infectious diseases. They have well established plans for infectious disease control.”

“[The] medical centers have been engaged in probably one of the most extraordinary planning and training endeavors that I’ve been involved in 41 years in health care,” said Carol Robinson, chief patient care services officer for the UC Davis Medical Center[8]. “To date we have conducted more than 1,200 hours of training … for safely donning and doffing PPE [personal protective equipment]. And it’s being conducted in 90-minute sessions, eight hours a day, five days per week.

“We have been listening to our nursing staff as they have participated in the selection and training of our equipment. We are also consulting with our infectious disease experts for recommendations to provide a safe, sufficient protection; and it’s based on science and evidence. Nurses, for example, provided crucial insights in this protective equipment as they have practiced putting it on and taking it off. Our donning and doffing process is probably the most critical. And the nurses have to be expert at it.”

Earlene Person, a nurse at Kaiser Permanente in Oakland, believes her hospital is ready.

“In all my years as a health care provider, I haven’t seen the public as concerned about a health issue since the outbreak of AIDS in the 1980s,” she said. “I share their concern. I want to be safe. I want my family to be safe. And I want my patients in my community to be safe. And as health care workers we have the right to get the training and the equipment we need to protect ourselves from Ebola.

“The good news is that there have been no reported cases of Ebola in California. We hope it remains that way. We are the largest state in the nation, and a case of Ebola could arrive on our doorstep any day. So we have to be ready. I am happy to report that if an Ebola patient were to arrive at my hospital tomorrow, we have the proper training, equipment and procedures in place to keep everyone safe. That means patients, workers in the community. At Kaiser we consistently receive updates on new information and safety preparation.”

But not all nurses are so confident. Ten of them spoke during the public comments period at the end of the meeting to voice their concerns. Many were grateful for Cal-OSHA’s new guidelines[9] for protecting hospital workers’ safety when dealing with Ebola patients. Those guidelines were issued, they said, in response to their complaints about inadequate safeguards.

“Upon seeing the lack of optimal personal protective equipment and lack of response from our facilities, we went to the governor demanding action,” said Kathy Donahue. “He listened intently, heard the nurses’ reports of how deeply unprepared and resistant hospitals were. And he moved to protect the public, the nurses and other health care workers. Absent scientific consensus that a particular risk is not harmful, especially one that can have catastrophic consequences, the highest level of safeguards must be adopted. That’s a sharp contrast to the profit principle that has guided the response of most hospitals.”

Malinda Markowitz, a co-president with the California Nurses Association[10], is not confident adequate protections are in place to monitor potential Ebola patients in the community. “Isn’t it true that we are not always keeping track of patients that have tuberculosis and they fall out of contact?” she asked. “So how are we to assume and be assured that an Ebola patient would be any different than patients that have tuberculosis? How can they assure that an Ebola patient won’t be the same, and we would lose the contact and they would be out in the public possibly infecting the community?”

Zenei Cortez, another CNA co-president, noted how easily Ebola can be spread. “All it takes is just one drop or one splash of vomit to infect the health-care worker or the nurse,” she said. “I urge you not to allow the industry to water down the mandated regulations so that our hospitals, our employers, would be responsible for all the workers. They can very well afford the personal protective equipment that we need to take care of our patients. The nurses are relentless, and we will make sure that all patients, the public and all workers are safe. And not one more life will be wasted and not one nurse will be infected.”

Katy Romer, a nurse at Kaiser Permanente in Oakland, doesn’t believe hospitals are ready. “It is crucial that you listen to the people on the front lines that actually know what’s happening in the hospitals,” she said. “Kaiser Oakland is saying they are completely prepared right now. The reality is that they are not completely prepared right now. There is tremendous variability from facility to facility. But even within my facility there is tremendous variability within department.

“If you’re not training with the highest level of equipment, you’re not prepared to deal with this disease. You’re going to be putting yourself, the patients and the community at risk. If you go in the hospital and you’ve had an exposure and then you have a nurse that’s not prepared to care for you, you’re in danger. And your whole community and your family is in danger. We don’t want that to happen to anyone.”

Pan concluded the two-hour hearing by acknowledging the nurses’ concerns. “I do take to heart that we do need to surely know what’s really going on on the front lines that can be a little different than what the policy makers think,” he said. “I’ve experienced that already in this position as a front-line doctor. So I think that’s an admonition well taken.”

In his opening remarks, Pan noted Ebola is not the only contagious disease worthy of increased attention and precautions.

“The influenza pandemic of 1918 actually killed more people worldwide than all the soldiers and sailors that died in World War I, just to give you some context here,” he said. “But infectious diseases are not a problem of the past; they are problem in the very present. In fact, here in California this year we are going through another pertussis epidemic.

“We have faced record numbers of measles and West Nile Virus infections. Valley Fever continues to be a significant problem in the Central Valley. And last flu season, as we are about to approach another flu season, 404 people died of the flu who were under 65 years of age of influenza. We actually don’t track people who are over 65.”

At the same time, however, California’s health care spending has not kept up, he said.

“Last February this committee held a hearing on California’s public-health infrastructure and our state’s preparedness to halt the growing threat of contagious diseases,” said Pan. “That hearing revealed the local public health departments and state laboratories had suffered significant cuts during the economic downturn. In Sacramento County alone, 135 public health positions were eliminated between 2005 and 2010. And support for identification surveillance and emergency response were particularly vulnerable because they depend primarily on discretionary funding in government budgets.”