Why does CA unemployment remain so high? 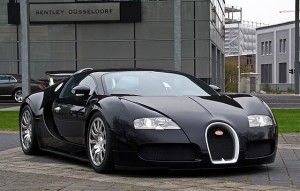 Silicon Valley and other areas of coastal California are doing well — assuming you can afford to live there. But the state economy as a whole remains stagnant, with unemployment stuck at 7.3 percent[1] for October, the same as the previous month.

That’s the fourth worst of the states. And it’s even worse than Nevada, now at 7.1 percent, a state hit even harder than California by the 2008 economic collapse.

And California’s 7.3 percent still is well above 2006, the height of the previous recovery, when unemployment dropped below 5 percent. That was the year Gov. Arnold Schwarzenegger signed AB 32, the Global Warming Solutions Act of 2006[2], sparking the state’s decline. It mandated a reduction in state greenhouse gases of 25 percent by 2020.

And AB 32 especially put the state at a disadvantage compared to other states when the national recession struck in Dec. 2007, followed by the economic collapse of Sept. 2008. Along with other attacks on prosperity, AB 32 confirmed California as an anti-business state.

2008 also saw the passage of SB 375, [3]by state Sen. Darrell Steinberg, D-Sacramento. It also was signed into law by Schwarzenegger. It made it state policy to force Californians out of their homes and cars and squeeze them into high-rises and mass transit. And in 2008, Schwarzenegger and others got voters to pass Proposition 1A,[4] the bonds for the high-speed rail boondoggle.

Meanwhile, Schwarzenegger, who had been elected in 2003 to replace the recalled spendthrift Gov. Gray Davis and balance the budget, instead went on a wild spending binge, boosting spending 10 to 15 percent a year. It caught up with him with the economic collapse hit. In 2009, he signed into law a record $13 billion tax hike[5].

Gov. Jerry Brown took office in 2011. He replaced Schwarzenegger’s tax hikes, which expired, with $7 billion in increases from Proposition 30[6]. That was an improvement. But Brown also backed severe environmental restrictions, such as mandating 33 percent renewable electricity[7].

Meanwhile, Arnold, showing what he really thinks of global warming, this month was spotted by the Daily Mail[8] tooling around in a $2.5 million Bugatti Veyron supercar gas-guzzler like the one pictured above. If he really believed in AB 32, he would be driving a Nissan Leaf all-electric car. Here’s the fuel comparison: 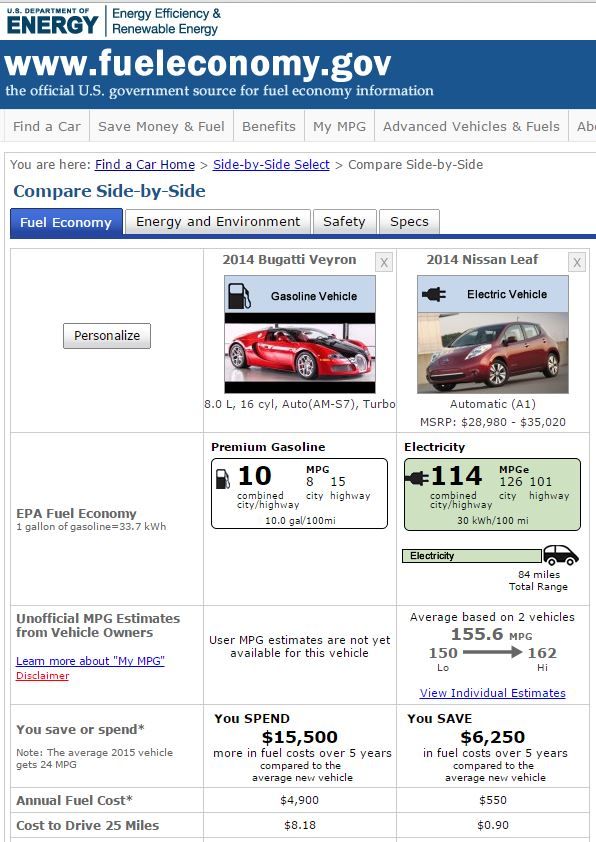