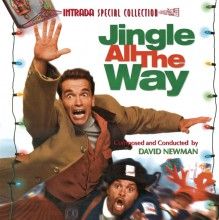 A new bill would mandate double-time pay for some holidays. The Bee reported[1]:

Californians working through the holidays could get heftier paychecks under legislation that would mandate double pay for Thanksgiving and Christmas shifts. The legislation is by Assemblywoman Lorena Gonzalez, D-San Diego.

Of course, that’s only if they actually work on those days. If costs rise too high, businesses could go back to the old tradition of closing on Thanksgiving and Christmas.

While she’s at it, why not bring back “blue laws” — closing all but non-essential businesses not only on holidays, but every Sunday? The actually still exist in some states, and have been upheld [2]by the Supreme Court.

And of course, the Internet remains open at all hours.

Finally, if California’s anti-business climate weren’t so severe, businesses could afford to pay their employees more not just on holidays, but every day.

Now that would be a great Christmas present.