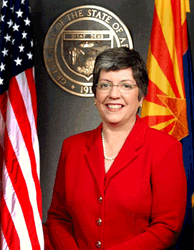 California witnessed protests not just against the grand-jury verdict in the Ferguson, Mo. situation.

Students here also are protesting the proposed hike in tuition at the University of California advanced by President Janet Napolitano. Reported the Times[1]:

In Berkeley, scores of students and community members marched through the city and continued to occupy Wheeler Hall. At UCLA, several dozen students rallied in front of Powell Library. And dozens of protesters at UC Irvine staged a sit-in at the dean of students office, demanding an audience with the university’s chancellor.

The tuition increases — up to 5% each year over the next five years — would raise costs next school year as much as $12,804 and as high as $15,564 by the 2019-20 school year. Protests began last week, when UC regents voted to raise tuition unless more state funding is provided.

Shades of the Sixties. The next thing you know, the Rolling Stones will throw another free concert at Altamont.

Then it was the draft Now it’s exorbitant tuition.

Except this time, the kids also have run up massive debt.

Let’s hope the kids push for reductions in the absurdly high levels of administration — now more than one administrator for each professor. That would cut costs and preclude the tuition hikes.

On the positive side, kids again are getting a hard lesson in the tyranny of governments, especially those that say they “help” us.