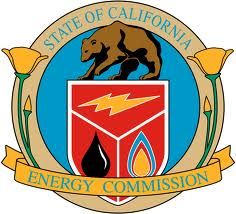 It looks like California business interests have yet another example of state bureaucrats downplaying or ignoring the cost of new regulations. The Voice of San Diego has a story[1] that seems likely to end up producing headlines around the state.

New retrofit mandates meant to lower energy use and eventually costs are leaving many California companies with an early case of sticker shock.

The state Energy Commission says part of that might be the businesses’ fault and that some are misinterpreting the regulations and overestimating what they must do to comply.

In July, the state updated lighting requirements[2] in the building code as part of an effort to lower commercial energy use by 30 percent. Business owners, electrical engineers and landlords say the new standards could add tens of thousands of dollars to companies’ cost to move into or upgrade already existing buildings.

The new rules set a lower cap on lighting wattage per square foot and encourage commercial property owners to outfit their buildings with controls and sensors that automatically dim lights when a room is unoccupied, or if natural light allows for lower intensity.

So many rules we barely hear about

If you haven’t heard about these rules, that’s because California promulgates so many such rules that the media often don’t cover them — unless the fallout hits pretty broadly.

But because of California’s role as a global laboratory for environmental regulation, lots of people outside CA pay attention to our rule-making. This unfolding debacle has already been featured prominently on the Real Clear Energy website, which has an international readership.

Here’s one of the horror stories the VOSD report cited:

The mandate to make those upgrades [even at properties that have undertaken conservation measures] can result in higher rents and less favorable leases for businesses moving in, said … David Marino, executive vice president of Hughes Marino, a commercial real estate company. …

Hughes Marino has estimated the new regulatory changes will translate into a $64,000 to $72,000 bump in electrical retrofit work at the Kearny Mesa building Herr’s hoping to move into.

Herr is still negotiating his lease but hopes to secure one for about seven years. He doesn’t expect to reap energy savings that come anywhere close to the expense during his lease.

It could scarcely be more obvious that these rules weren’t thought through to consider their short- and medium-term effects on renters and property owners — because who cares about their interests inside the state Energy Commission?

I’ll give the final word on the new rules to Marino: They’re “the stupidest thing I’ve seen in my 25 years of commercial real estate.”