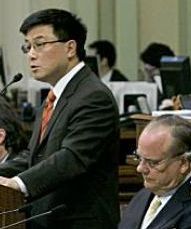 John Chiang may be gearing up for his move to the state treasurer’s office. But that doesn’t mean he’s taking an early vacation from his job as state controller.

Late last month, Chiang launched a new pilot program[1] to aid victims of wage theft in California. The new program will use the state’s Unclaimed Property Law to recover wages wrongly withheld by employers. That’s yet another new program launched in the final months of Chiang’s eight-year term as the state’s chief financial officer.

“Since becoming controller in 2007, I have used old laws in new ways to protect working families,” Chiang said. “We’re using a 55-year-old statute to compel immediate payment from unscrupulous businesses that have fleeced their employees of earned wages for years.”

Chiang’s program applies the state’s unclaimed property laws to cases in which employers wrongly withheld money owed to their employees. Under California’s Unclaimed Property Law, the state controller is responsible for collecting property that has failed to reach its rightful owner. That usually means lost or forgotten property — such as savings accounts, security deposits, uncashed checks and safe-deposit box contents.

Under the new program, a targeted group of companies will be asked to transfer any unpaid wages more than a year old to the state treasury. The state controller’s office then will return those funds to the employees. A study by the UCLA Labor Center estimates that, between 2008 and 2011, as much as $390 million has been taken by employers.

“These exploited workers often face retaliation from their employers when attempting recovery of wages and, too often, still wind up with nothing after a difficult and lengthy legal process to prove their claim,” Chiang explained. “By adding my office’s resources to the fight, I hope to boost the efforts of those seeking the pay and the justice that they are owed.”

For the pilot program, California Labor Commissioner Julie A. Su, a partner in the wage-theft pilot program, identified six companies that owe wages that have been unpaid for longer than one year:

Essentially, the state controller’s office has interceded on behalf of the employees and demanded the businesses pay up or face hefty interest payments and fines for “willful refusal” to hand over property under the Unclaimed Property Law.

“We were very intrigued when the controller first approached us about using the Unclaimed Property Law to help victims of wage theft and have been impressed by the creativity and commitment that we witnessed while working with his staff,” said Matthew Sirolly, directing attorney at the Wage Justice Center. “It is heartening to have the controller join us in the fight to ensure that California’s wage protections have real teeth.”

Another hit to the state’s businesses

Not everyone is embracing Chiang’s tough approach to employers that steal from their employees.

“As if California employers were not already besieged with wage-hour class actions and agency complaints, the state’s controller has now decided to get in on the action,” lamented Michael Kun, a lawyer at Epstein Becker & Green, P.C. and co-editor of the Wage & Hour Defense Blog[2]. “But, at the very least, it is yet another reminder to employers doing business in California that they need to get up to speed on the state’s intricate wage-hour laws and take steps to ensure compliance.” 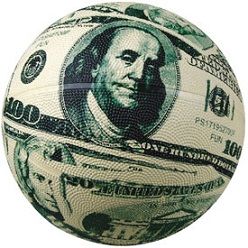 Labor leaders sided with Chiang. “Wage theft hurts not just workers, but responsible businesses that are playing by the rules,” said California Labor Federation Executive Secretary-Treasurer Art Pulaski. “It hurts our middle class. It’s an affront to justice. We’re very fortunate to have strong, creative leaders like Controller Chiang who are willing to go the extra mile to help workers in need and hold unscrupulous companies to account.”

This isn’t the first time Chiang has used the state’s Unclaimed Property Law to take on businesses behaving badly. In 2008, Chiang launched audits of national insurance company practices. That investigation led to an agreement by 19 life insurance companies[3] to restore an estimated $266.7 million in unpaid benefits to Californians, and an estimated $2.4 billion nationally.

There’s an irony to Chiang’s novel wage-theft program. He withheld wages owed to state lawmakers after they failed to pass an on-time, balanced budget.

In 2010, voters passed Proposition 25[4], which reduced from two-thirds to a majority the number of legislators in each chamber of the California Legislature needed to pass a budget. But it also adopted a new rule that state lawmakers forfeit their pay if a balanced budget isn’t passed on time.

Democratic lawmakers sued, and in 2014 an appeals court ruled that Chiang overstepped[6] his constitutional powers when he withheld their pay for 12 days.